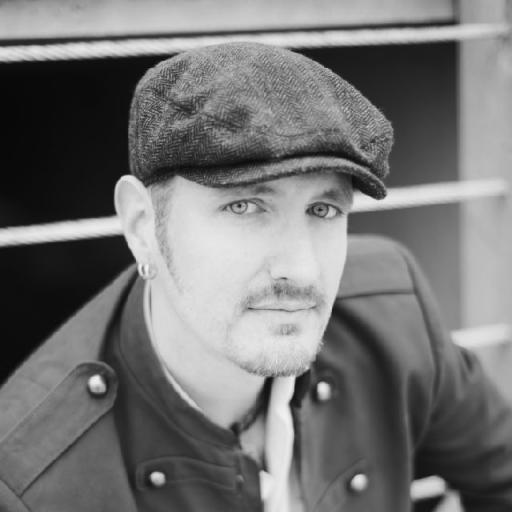 Sean has been a singer songwriter in Ontario Canada for the last 22 years. In 2003, he found himself attending a Vineyard church in his hometown where he eventually became the worship leader there and grew in that role for five years until that church folded. It was shortly there after when Sean found himself beginning to write more 'deep and meaningful songs' as he refers to them saying "I always tried to write worship songs but they always seemed shallow and contrived but these songs were different. They were moving me to worship as I was writing them and I found myself in that spirit of worship and that's when I started to 'understand' it. It was at that point, I felt a nudge to get a band together." Since 2007, he has been the front man for the the Canadian modern rock alternative Christian group "The Weak Need". They recorded their first CD together in 2009 where it was immediately nominated for "Modern Rock Alternative Album of The Year" at the GMA's (Gospel Music Awards) Lyrically, Sean chose to write quite enigmatically where the meaning was there if you were looking for it but there was something stirring in Sean. This was soon going to be challenged for him. In one of the songs on the CD called "Beyond The Stars", Sean writes "I'm sick and tired of being Saul upon the road. I persecute, abandon all that I've been told. I'm ready now. Transform me now !!" That was the genuine cry of his heart, to know God more. That Damascus moment came in the spring of 2010 when his world came crashing down around him on all fronts culminating in the loss of his marriage, his job, his plans and his dreams. Sean drove out to a country church in the middle of nowhere and turned up the worship songs in his car. They echoed off the surrounding trees and the moon gleamed across the pond. He begged to be broken. He wept. It was in that moment where God spoke two simple words to Sean that completely fulfilled the cry of his heart. "BE STILL" was all Sean heard but that was enough for him to know and enough for him to "KNOW". That night was the pivotal moment for Sean both emotionally and spiritually. Sean was challenged that if he believed all that he says he does then his music had to reflect that and not be hidden in the lyrics so he began to write with new purpose. The songs were inspired. They came quicker than he could write them down. Melodies and lyrical lines would wake him at all hours. He was diligently writing and recording the next CD for The Weak Need. During that same long and intense writing period, Sean began to write and record the songs that reflected the bands that he admired such as The Cure, Snow Patrol, The Smiths, and many more. He had a written a number of songs that were a moderately different styling than The Weak Need and it was at this point where he decided to release them on his own. These are the songs contained on his 7 song solo CD entitled "Launch Into The Deep" The song entitled "The Lament" is also featured on The Weak Needs new CD "Everything But You".

Launch Into The Deep