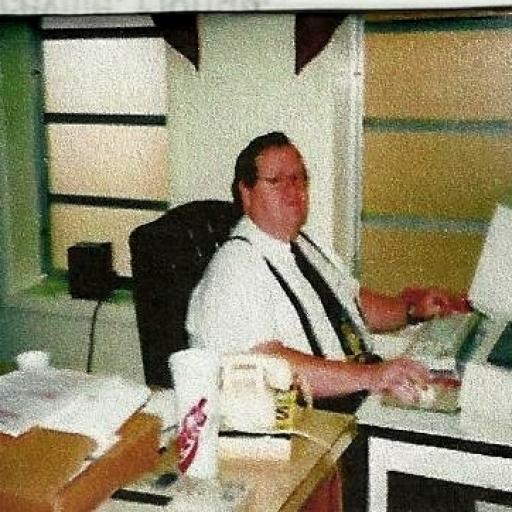 I am a disabled minister with 40 years full time service for my Lord. I am a Licensed and Ordained Minister of Southern Baptist Faith. I have an Associates degree from Wallace Community College in Dothan, Alabama. and attended Baptist Bible Institute in Graceville, Florida (Majored in Theology with a Minor in Music). The name of the college has changed to Florida Baptist College. I have served 12 Churches in my 35 years of service. I served 11 as Minister of Music and Youth Pastor, and I also pastored one church for 4 years. I became disabled in 2006 at the age of 56 years old. I was prescribe a power chair in 2009 to get around in and it was then that I felt led to start a new ministry with Cds. My voice is about the only part of my body left that is any good, so I started recording Cds as a tool to witness for my Lord. Here is a link to JB's Indie Gospel Top Chart Radio Show that I appeared as guest on Marsha Sue Mitchell's radio program, http://www.blogtalkradio.com/marsha-sue/2012/09/14/new-creation-nation-radio-from-the-heart-of-country#.UFJVjlPiH4Q.facebook GET MY CD's at this link. http://zackmartinsr.weebly.com/ ALL I ASK IS A DONATION TO HELP WITH THE EXPENSES OF MAKING THEM. IF YOU CANNOT AFFORD A DONATION, I WILL SEND THE ONE YOU WANT ANYWAY. WHEN YOU GET IN THIS LINK, GO TO "ORDER CD's AND FILL OUT THE ORDER FORM LEAVING YOUR NAME AND ADDRESS! THANK YOU VERY MUCH! My favorite verse is 2 Cor 5:17 17 Therefore if any man be in Christ, he is a new creature: old things are passed away; behold, all things are become new. KJV.

God Has Built A Bridge For You To Cross_0001


Tribute To My Friend Marty Whiddon

My dear friend Marty Whiddon is an old Hank Williams Sr country music artist. He can play most any instrument he desires with his favorites being Steel Guitar and Fiddle. I was Marty and Mrs. Robbie’s (his wife) pastor from 1993 - 1997, and had the privilege of licensing him into the ministry. He was 64 years ole then. From that point on, Marty concentrated his time to writing Country Gospel songs. Marty also laid the tracks for all of his songs.

Marty is now 82 years old and is at home with hospice attending the last time he has left to live. Yet, every day that he is able is goes to his office and works on his music. He has given me the honored task of recording his Country Gospel songs and I have spend nearly two years, so far, doing this. I first recorded some of his songs on two Cds I put out. The first in 2010 entitled “From The Cross, Through The Garden, To The Tomb,” written by Marty. Then just out in 2011 “Singing Country Gospel.”

I decided to pay him tribute by recording an album with songs that he either wrote or co-wrote, so this is the album, entitled “Tribute To My Friend Marty Whiddon.” Below is the list of the songs on this album with a few details behind them.

Track 1 Introduction To “God Has Built A Bridge For You To Cross.”

Track 2 “God Has Built A Bridge For You To Cross - Co-written by Gladys Mitchell and Marty Whiddon. Gladys wrote most of the words to this song, and Marty put it to music and changed only a few words to make it fit the music. I am releasing it as a single, and I believe it has the quality and message that will reach an audience. I released on my Soundclick Page and it went to number 12 there.

Track 3 “A Song In The Night” also co-wrote by Gladys Mitchell and Marty. I ask Marty to rewrite some of the words to make it more appealing, and after three rewrites it turned out to be very good.

Track 4 “I’m Gonna Sing A Song” take you back to hymn type music of the church. You will notice I have back-up help. They just happen to be Marty and his wife, Mrs. Robbie.

Track 5 “United We Stand, Divided We Fall” was written just after the 9/11 attack. At first I backed away from it thinking it might be to political, but the more I listened to it the more I liked it. Now I sing it everywhere I sing. It’s a good song with a great message.

Track 6 “From The Cross, Through The Garden, To The Tomb” as I have already said is the title song of my 2010 album. Marty has the ability to capture masterfully the minds of those that listen to it.

Track 7 “I Know Where I’m Going” Is written out of his personal faith that although he is nearly his home-going to be with Jesus, He knows what the future holds. The music is special with great use of many instruments.

Track 8 “Too Busy Preaching” is really a comical way of talking to preachers. Remember that Marty is a licensed minister, well so am I, and I can understand where he is coming from. It too is a good songs with deep meaning.

Track 9 “Who Will You Follow” is a recitation written by Marty about Jesus choosing his 12 apostles, and then sharing a witness for people to accept Jesus as Lord and Savior. Marty, himself, at 82 years old and in bad health sings with me on the end. You can hear his batter health in his voice and I could have easily replaced it, but I WOULD NOT accept it any other way. To me it is his last witness for his Lord and Savior Jesus Christ.

Track 10 “Reach For The Bible, Instead Of The Bottle” Is brand new One, and it has such a great message in it, and my hope is that it touches people as much as it has me, and even changes lives.

Thanks for you time and my hope is that you can give airtime to the songs of a very special man that I love dearly.