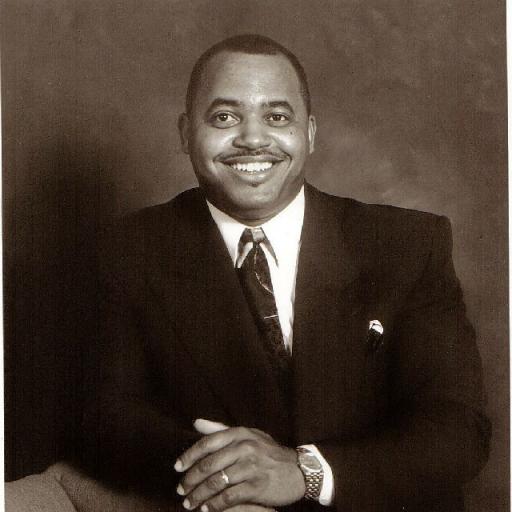 Richard Alan Luster Sr. began his gospel music career with  a family group "The Luster Brothers". He and his youngest brother Darrell later joined the Highway QC’s. In 1983, they teamed up again to help form the highly successful band Charles Johnson and The Revivers.  He then went on to join the world renowned Sensational Nightingales of Durham, NC eventually becoming their lead singer. Still later Rick reunited with his brother Darrell to help form The Darrell Luster Trio. More... Richard Alan Luster Sr., or Rick as he is called, was born in Chapel Hill North Carolina on August 29,1961. He was raised up in Durham, North Carolina. Rick is from a family of 15 brothers and sisters. His father died when he was only 1 years old. His mother was left to raise all 15 children on her on. However, Rick’s mom was a prayer warrior. She prayed night and day for her children until 1984 when God called her home.

The prayers that his mother prayed were definitely not in vain. Through her travailing prayers, most of the family members have been saved and have been blessed with the talent to sing and play musical instruments. In 1975, Rick joined four of his brothers to help form the group called the Luster Brothers. They ministered the gospel throughout the Raleigh-Durham area. Rick stayed with the group for six years.

While with the group he and his youngest brother Darrell were presented with the opportunity to travel professionally with a well-known group called the Highway QC’s. This venture for Rick and Darrell was an opportunity to share with others God’s message through songs and their talent of singing and playing the guitars. In 1983, after being with the Highway QC’S, the Lord blessed Rick and Darrell with the opportunity to help start a brand new group along with a well-known member of The Sensational Nightingales Charles Johnson. The Group would go on to be called Charles Johnson and The Revivers. This group consisted of Rick, Darrell, and Charles. They went on to gain great success in the gospel music industry with songs like “I Can’t Even Walk”, “I’ve Been Sealed”, “I’ll See You In The Rapture”, and many others. Ten years later after being with Charles Johnson and the Revivers, Rick felt that God was leading him in another direction. It was about a year and a half later that Rick was presented with the opportunity of a lifetime. He was asked to travel and sing with the world renowned Sensational Nightingales of Durham, NC. He was asked to sing Baritone in place of 49-year member Bill Woodruff who had just passed away.

Not long after Rick had joined the group another member passed away to be with the Lord. He was lead singer Calvert McNair Rick then was asked to be the groups’ new Lead singer. In 1998 after singing with the Nightingales for three years, Rick reunited with his brother Darrell to help form The Darrell Luster Trio. This group also consisted of another former member of Charles Johnson and The Revivers, Musician/Singer Joe Yancey.

In the earlier part of the year 2000, the Lord led Rick to fast and pray for direction for him and his family. It was then that he knew the Lord had other plans for his life. Not only would he have to fulfill singing obligations, but that he would also have to stand boldly behind that sacred desk and preach the gospel. Rick felt deep down in his heart in the past that he would one day fulfill this calling. God has blessed Rick with a beautiful wife, Vicky. She is a great supporter of his ministry and four children who support him dearly (Rodrick, Aleeah, Rick Jr., and ). His goal is to see many souls come to Christ through the ministry and that God will continue to use him to his greatest potential.