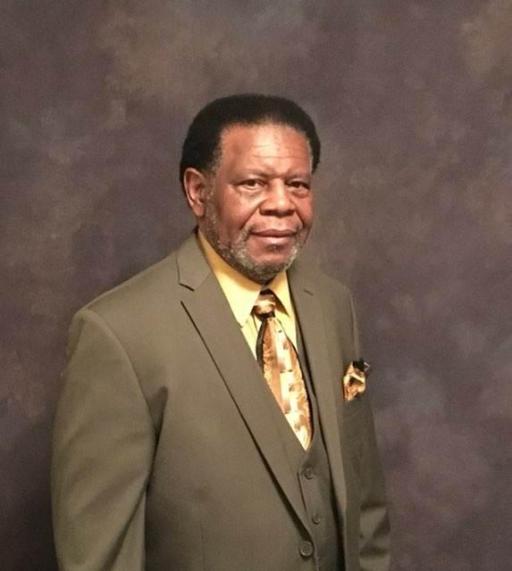 Elmar Ray Ward known better by Ray Ward was born in Nacogdoches, Texas.  Ray has always been a fan of gospel music.  In his early years, he got acquainted to gospel music through his favorite singer, Mr. A.L. Ward.   Mr. A.L. Ward was his father and Ray followed him to every singing event.  Mr. A.L. Ward was the lead singer of the group, The Heavenly Gospel Singers of Tyler, Texas.  Over time, Ray began to get more involved in singing and became a member of The Original Spiritual Travelers of Nacogdoches, Texas and several different groups in the area.

After high school, he moved on to Dallas to continue his education.  While there, Ray became a member of Beth Eden Baptist Church in Dallas.  He became a member of the church choir and became well known.  A producer out of Nashville, TN heard Ray and offered him the opportunity to sing secular music.  Ray accepted the opportunity and it allowed him to meet artist and musicians from all genres of music.  Some of the artists he met were Johnny Taylor, Loretta Lynn, Johnny Cash and Bobby Byrd.  The highlight of his secular singing career was to be selected to sing with a group, Solar Energy, at the opening ceremony of the Martin Luther King Jr. Center in Dallas, Texas, and the unveiling of his statue.

Changes in life brought about a change and Ray relocated to the Port Arthur/Beaumont, Texas area.  There his life changed, and he has never looked back.  He had a pastor friend in the area that was also friends with Rance Allen.  Rance ran revivals at his church periodically.  Ray met Rance and while at one of these revivals he rededicated his life to God.  Ray began singing gospel music with groups in the area.

Ray moved to the Longview, Texas area because of job opportunities where he began driving trucks.  While in Longview, he met the love of his life, Dorella Beckham Ward and decided to settle down there.  He joined Galilee Baptist Church and became a member of their choir.  He also joined the Gospel Music Workshop of America and worked with Eddie Templeton in the Longview Chapter.  Ray later moved his membership to South Longview Bible Fellowship where the late Pastor Herb Spady ordained him as his elder son in the ministry before later moving with his pastor to Courageous Joshua Generation Ministry of Longview, Texas.

Ray’s journey has brought him to a new and exciting time in his life. He is finally fulfilling a dream that he had even as a young man. He dreamed of becoming a gospel recording artist and leading men and women to Christ through song.   Thanks for joining him on his journey.