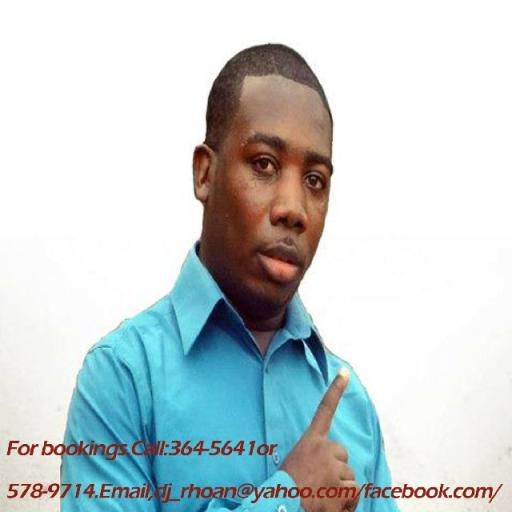 RHOAN DELL BIOGRAPHY: Born August 30 1982, Rhoan Dwayne Dell attended New Roads All Age School in Westmoreland. This little genius started his musical career in grade one (1), doing imitations of almost every popular song including songs from Tracy Chapman, Yellow Man and Admiral Bailey. He will always remember going home from school with his pocket full of money as he joked about a semi pro-career. First Concert As he grew older, Rhoan’s faith developed and he accepted Christ at a tender age, and he became known as ‘Dj the Singing Sensation’. At age thirteen he graced the stage with Royal Roots and performed their song ‘Got to be dreaming’, he was subsequently invited back to perform the song with them, the group was so impressed they wanted to take him with them, but his Granny would have none of that. Rhoan performed just before the famous Grace Thrillers (Shirley Willis was lead singer) at a major show at Independence Park, Black River along with several other major acts. On 22nd of May 1995, he performed at Spanish Town Prison Oval when Love Fm Family did a big show. He took the stage at 1:00am and delivered a masterful performance to a resounding applause. There were several other big performances as Rhoan Dell’s career moved over hurdles. He was lead vocalist for Mullings Mobile Gospel Band from 1995-1997. Along with Gary and Kirk, he formed Melody Brothers, a vocal group that entered JCDC gospel festival and reached semi finals. He went solo in 2004 and did his first recording ‘giving up everything’ for Dwayne Campbell; this song got good play on Love Fm. In 2006, he formed High Hopes Band with Vivian McFarlane, with original members Izel and Bruce. A year later, he did his first project as a studio engineer doing an album for Wayne Samuels. His first album “Holy Ghost Party”; was released in 2010 and is getting good airplay. Rhoan Dell has performed with top acts like FC Barnes, Jabez, Edwin Myers and Sandra Brooks. He has performed Gospel songs on pop concerts and gained top encore. A very versatile musician who plays all the major instruments, has high regards for Ever who taught him to play music and DJ Nez and Angola who taught him studio engineering; he taught himself to read music. Rhoan Dell is a devoted Christian.