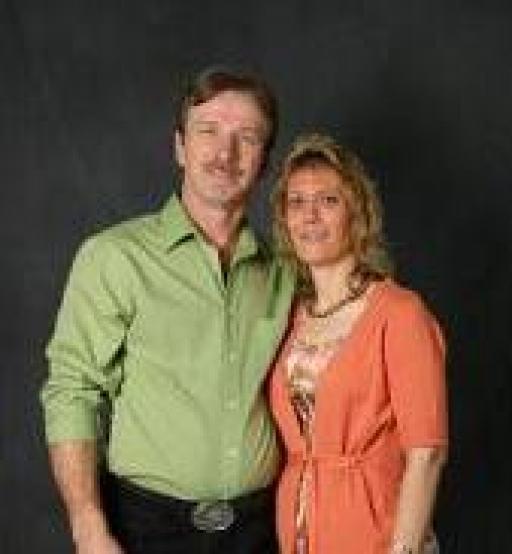 Rocky Collins was born in Huntington, Indiana on February 25th, 1961 and has lived around Huntington County most of his life. Rocky took an interest in music at an early age, listening to his grandfather play various musical instruments. Around the age of 18, Rocky began playing the bass guitar and later went on to play the acostical guitar. Later on he met a wonderful young lady named Diana Moore. Diana was born and raised in Wabash, Indiana. Rocky and Diana dated for 5 years and on Christmas Day 1995, Rocky asked Diana to marry him. She has been a wonderful helpmate to their ministry.Diana recieved JESUS CHRIST as her personal Savior on January 27th 1997 while driving down the highway in a terrible snow storm, not knowing if she would make it home or not. Praise GOD! Not only did she make it home safe and sound but she was now a child of the KING of Kings and Lord of Lords.Rocky received JESUS CHRIST as his personal Savior on February 9th, of 1997, in a little church he had been attending. His life was transformed that very day and now through Rocky and Diana's music, they are telling the world of GOD's amazing love and forgiveness. They have two sons. Troy who is 10 sings in the choir at school and Derek who is 8, enjoys singing with mom and dad sometimes. At 6 months of age Derek was diagnosised with and life threathening illness called Cystic Fibrosis. Rocky and Diana have faced death with their son many times but by GOD's grace and mercy, He has spared Derek's life. They place their faith and trust in GOD and know that Derek is in His hands.Derek is the inspiration for their title song on their first CD called "Mommy I Saw Angels". GOD used their hands to pen this song along with many others. Since the release of this song, GOD has been moving in their ministry like never before. They were blessed with the opportunity to open in concert for Laverne Tripp from TBN Network. They have also just come back from Nashville, Tennessee, where they have done a live video and was interviewed by Don Frost, for the MUSIC CITY GOSPEL SHOWCASE, which will begin airing soon. After their interview with Mr. Frost, they were invited and will appearing next June of 2003 at Pigeon Forge, Tennessee, where they will be aired live on national television. They are also in the process of working on their next Cd, which will include more of the songs that GOD has used them to write.Rocky and Diana have also been doing some concerts in other churches. They just enjoy doing what GOD has called them to do. Their only desire is to see souls saved and that's what it is all about. They are very active and dedicated to their church, but most of all to their Savior, JESUS CHRIST. As they go out and sing GOD's word, they have determined within themselves never to a price on what they do. They do ask for a freewill offerings, but never set a price. Diana states, that first of all GOD saved her free of charge and setting prices on GOD's word can tend to cut out some of the smaller churches that just can't afford to pay to bring singers in. It's not about the money, it's all about JESUS. Face it we all need to hear GOD's word and feel our spirits lifted, how we can put a price on that? They trust in GOD to supply all their needs and GOD has never let them down. They are proof that miracles still happen, that GOD is still listening and that GOD can and will supply all their needs.

Put On A Crown

The Collins Family » Videos » Put On A Crown