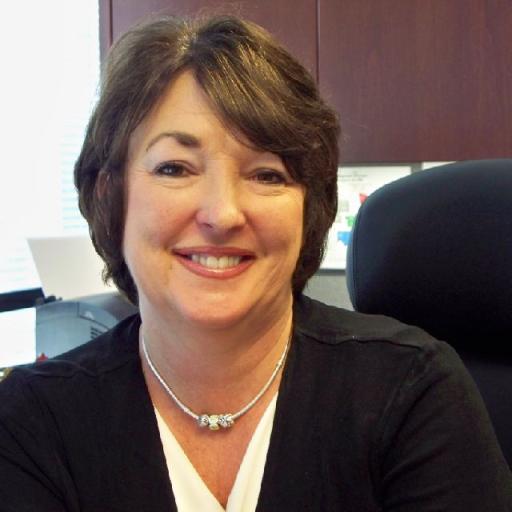 I write Christian based material. The first song I wrote was released in August 2013. I am the author of five children's picture books and a non-fiction book based on the story behind the song. My daughter, Crystal McGaha, is the recording artist for the first song I wrote "And I Bow Down".  My recent work is two new songs released in March of 2017, "When I Speak Your Name" and "War"; and two co-written songs, "Here I Am Lord" and "He Loved Me".  The Title Track of the EP is "He Loved Me".  The recording artist is Crystal McGaha.

Not Right With God

I found myself in the wilderness struggling to find my way home.  It had been so long that I didn't even realize that I was there.  In my wilderness bitterness, anger, shame and regret surrounded me.  The longer I stayed there, the deeper into the wilderness I sank.  No prayers could help me to get out of this place.  So I stayed where I was, wandering aimlessly with no hope.  If you've ever been in this place you know what I'm talking about.  It could be the most sunny day, but you've grown so accustomed to the darkness that you can't see the light.  You play the blame game because you don't want to face the truth.  Staying in bed and withdrawing from others has become your refuge but not your strength.  You could go to a doctor or a counselor for help but still nothing would change.  And so, you remain in this place all alone.

That was me. Oh, I was going to church, Sunday School and singing in the choir but I was just going through the motions.  And because of that, these things too began to slip away from me.  The fact is, I was not right with God.  I had put my faith in my job rather than relying on God to take care of me.  My ambitions became my focus as I took my eyes off of God and "I" became my number one priority.  I lost my joy in the process and fell deeper into this wilderness, this dark hole.

But one day someone was praying for me. I'm sure of that and God heard their prayers. I went to church and felt God's presence. I listened as he told me to lay it all down and felt his spirit as he wrapped his arms around me.  I worshiped him with all my heart that night. I didn't think he would ever use me again but he has in a powerful way.  He is allowing me to share Jesus with others in a way that not everyone can do.  He calls us all to spread the gospel. And he has called me to write.  And so it is . . .  Not right with God; now I write for God!

Matthew 28:19-20 Go ye therefore, and teach all nations, baptizing them in the name of the, Father, and of the Son, and of the Holy Ghost.  Teaching them to observe all things whatsoever I have commanded you: and, lo, I am with you always even unto the end of the world. Amen.

The Joy of Painting

As a young teenager I used to love to sketch. I think maybe it was my refuge. I would find something that I found interesting and would copy it. I used to love to draw Mickey Mouse and other Disney characters. I even once entered a drawing contest where you copied the "Leprechaun" and sent in your drawing for a chance to win a scholarship to an art school. Several weeks later I received a phone call that I had won the contest but that they needed to speak to one of my parents. My dad declined the offer and told me afterward that it was just a scam and that they were just trying to get us to pay them money. I was devastated. I had just received the news that I was good at drawing. Good enough to win a contest and maybe receive a scholarship, only to have my bubble burst because it was a scam. So there went my dream of becoming a famous artist one day. I did however, take art in my first year of senior high school. In the beginning the lessons focused primarily on sketching and drawing, and gradually led into painting. I had lots of fun with the sketching but when it came to painting I just couldn't quite get the technique down. Maybe it's because we spent more time on sketching and less time on painting. I don't know or maybe just don't remember. But I do know that it was a dream of mine at one time. One Christmas (probably not long after my devastation moment when I was told this was a scam) I got a "paint by number" water color set from my mom and dad. I was so excited! I couldn't wait to open it up and create my masterpiece. So I began painting following the simple instructions of painting the colors associated with the numbers on the drawings. Now with watercolors the paint can come out a little lighter than what an acrylic or oil paint does on a canvas. Nonetheless I was painting. After I was finished, I left the painting to dry. Oh the joy I had when I finally gazed on my work of art and only saw a few lines peaking through the water colors.

So here I am in present day; sitting around a table with 6 other women with easels and pallets in front of us waiting for our art lesson. I was astonished to see that there were no sketches on the canvas that set all alone on the easel that I was staring at in front of me. The news was that we were going to be painting snow men. But I also thought that the instructor would have given us an outline at least to which to start from (an maybe some numbers). I could feel panic rising up in me as the sweat beads formed on my brow. What was I thinking? Then, my inner self spoke to me, "Oh come on. How difficult can this be?" Four long hours later I had my masterpiece in front of me! One which could be proudly displayed in the classroom, had I been in second grade! I had to laugh at myself because I was comparing my painting to those around me when I should have just been satisfied with the moment and what I had just accomplished.

Some of us are masters when it comes to painting while some of us are better at other things. My snowmen came alive and became my masterpiece because of the work of my hand pushing that paint brush around the canvas and mixing the colors at various times. But there is one that brought ME to life through the work of his hands. My father, the master potter . . .

Be thankful for who you are and all of the masterpieces that you create every day!!!

It seems all of my life I've been on a mission. When I was a child I was on a mission to be the best musician in the band. So I started out on the recorder as most youngsters do these days, and chose the flute to be my instrument. I held first chair for one day and ultimately ended up at nearly last chair. Although I still love to dust off my flute case, pull that shiny piece of metal out, put it together and blow across it to make a beautiful sound; I resolved myself that I would never be a James Galway. Spectacular is far too simple a word to describe his rendition of The Flight of the Bumblebees. I can just see all of those bumble bees flying around, landing on the flowers to collect the nectar when I listen to this piece ( http://www.youtube.com/watch?list=RDLI3wIHFQkAk&v=LI3wIHFQkAk ). And simple would be far to great a word to describe my rendition of Twinkle Twinkle Little Star (I'll spare you the Youtube link to my recording).

My next mission in life was to venture out into the world of sports and see what great athlete I could be. I must say I was much better in this arena. My claim to fame is making a triple play in softball and hitting a hole in one in golf when I was in my early 20's. I'll take credit for the triple play but must say that the hole in one was definitely a fluke if there ever was one. I was in my second year of playing the most humbling sport on the face of this planet when we approached a par three and got out of the cart. Now most people know that "real" golfers do not ride in carts but rather walk around with those silly pull carts. So that made my handicap even higher. As I walked up to the tee box with "driver" in hand I sized up my shot. Before raising my club into what would have been a beautiful back swing I stepped on my driver, putting a lovely scratch on the thing and nearly fell to the ground. But, with confidence, I regained my balance and swung at the little ball. It went straight as an arrow toward the little flag and disappeared to what I thought was the back of the green. After looking for my ball for what seemed like five minutes my husband said I should check the hole. Funny, "I said," but did and jumped and screamed like a kid when I saw it nestled inside. The gallery of one sitting on the patio of a condominium which overlooked the green, gave me a nice little clap and we drove to the clubhouse to collect my prize (a sleeve of balls). It was a far cry from a brand new car which I've seen golfers win on TV, but hey, I made a hole in one!!!

My next mission in life was to get a good job to help support my family since I had just gotten married. My misery job as I'll call it sent me home crying every day and begging my husband to let me quit. But he consoled me and told me it couldn't be that bad. My crying at home eventually showed up at the office but no one heard or saw as I was the one man show and there much of the day by myself. The day God showed up is the day that changed my work life forever. I had just gotten off the phone with a friend where I had held a previous job. She called to ask how I liked my new job. I unloaded on her and told her the truth and how miserable I was. We hung up the phone some time later and she called me back within 2 minutes to say that she didn't even have her hand off the receiver when her boss walked in the door and said, "You don't know anyone looking for a job do you?" Needless to say, that person was me and I went on to have a wonderful career and retired from that company 34 years later.

But, my underlying mission for much of my life has been to follow God although I can say that many times I have failed miserably in my attempt. He has never left me or forsaken me. I can look back over my life and see God's hands all over me in times of joy and in times of trouble. He has given me so much. He is the only reason I am here on this earth and I am so thankful that he did not leave me in the wilderness. He brought me out of the darkness and showed me the light, and set my feet upon the rock.