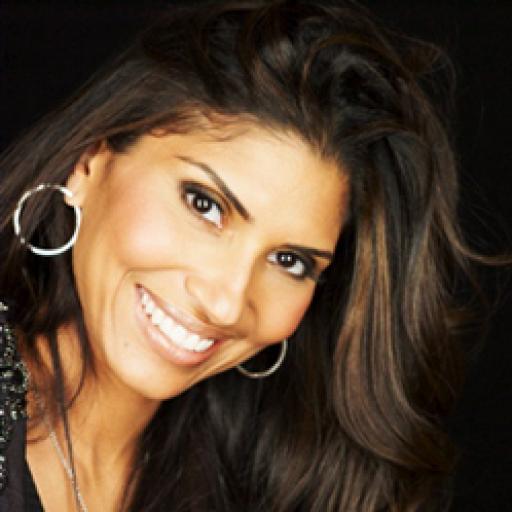 Deleon Richards studied voice with Chicago music teacher Sandra Leconte in her teen years. Deleon Richards was a child star in the gospel music industry. Her most recent gospel outing is the album Here in me released in 2007 on Arrow Records.

Deleon Richards Sheffield studied voice with Chicago music teacher Sandra Leconte in her teen years. Deleon Richards was a child star in the gospel music industry.Her most recent gospel outing is the album Here in Me released in 2007 on Arrow Records. Deleon, the youngest artist ever signed to a major Gospel label, has been singing professionally for almost a lifetime.Deleon has been featured in several national magazines including People, Sports Illustrated, In Style, Ebony and Billboard. She won the Gospel Music Workshop of America Award for Excellence and was nominated for a Stellar Award. Recording, writing and co-producing with some of the biggest in the music industry, Jeffrey "J Dub" Walker of Dub’s World Production, Jerry Peters, Brian McKnight, Tim Minor, Percy Bady and many more all having a great influence in her musical career.Deleon writes much of her own music and is President of her own company, DeMari Publishing and Entertainment, Inc. She also supports the Gary Sheffield Foundation, founded by her husband; New York Mets outfielder Gary Sheffield. Deleon sang the National Anthem at game 5 of the New York Knicks/Toronto Raptors Playoff Game held at Madison Square Garden.

Deleon grew up in a family of pastors and ministers including her Gospel-singing mom, Debbie Richards. Her spiritual upbringing helped launch the Chicago native into music ministry at the tender age of five when she first stepped onto a major stage at the Chicago Gospel Festival, performing before 20,000.  She went on to tour the world, opening for the legendary Mighty Clouds of Joy in Japan and traveling throughout the U.S., Europe, Asia and the West Indies including regular performances for the USO.  She also performed for numerous religious and political leaders including the late  President Ronald Reagan . By age nine   Deleon Richards became t he youngest person ever to be nominated for a GRAMMY Award  with the previous record holder being the late King of Pop Michael Jackson.

Early in her career, Deleon began an exciting season of film and television appearances with TBN, CBN, NBC, CBS, ABC, WGN and a variety of cable networks before she landed a regular role on ABC’s television drama “Brewster Place,” which starred Oprah Winfrey. She also has been featured in almost every national magazine including People, Sports Illustrated, In Style, Ebony, Billboard, ESPN The Magazine, Vibe and USA Today, to name a few.

Deleon, who writes much of her own music and is president of her own company, DeMari Music and Entertainment and DeMari Publishing, has had the opportunity to work with prolific writers and A-List producers who have been great influences in her career. That list includes the likes of Stanley Brown, Warryn Campbell, Nate Butler, Jerry Peters, Brian McKnight, Tim Minor, Fred Hammond, Percy Bady, Tonex and the late WaymanTisdale with Tisdale Productions.

The latest additions to this amazing artist’s discography are  Here in Me , an inspirational 11-track CD, and  Deleon “Here In Me unplugged”  a moving DVD that features live performances from her latest project.

While being a wife to prospective Major League Baseball Hall of Famer Gary Sheffield for 14 years and a mother to 3 active boys is no easy feat, Deleon balances family life and career with poise and strength. “Keeping God number one is the glue that keeps it all together,” Deleon says. “Raising three boys is no joke! I pray every day that they don’t fall victim to the woes of the world...  hoping they turn out to be respectful, God-fearing men.”