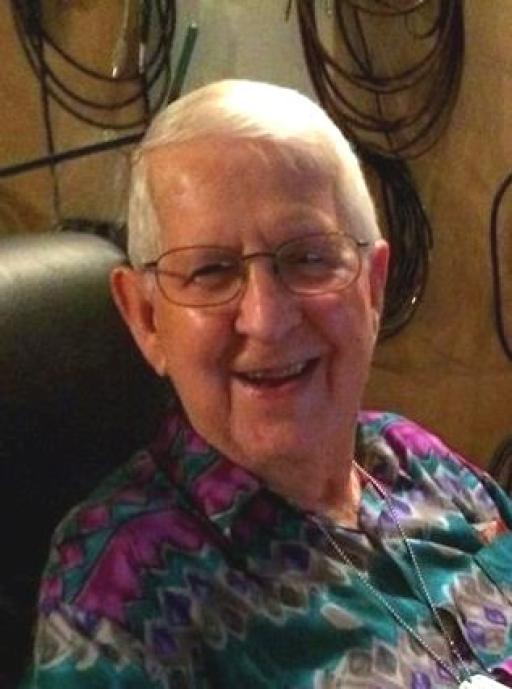 Just had my 52 anniversary of songwriting. It has been quite a journey. Met a lot of people, made a lot of friends. Been in the studio with a lot of folks. Had songs recorded by, Charlie Walker, Aaron Wilburn, The Regents, The Kingsmen and Randy Duck.

James. Thank you so much. What a thrill. Last week I reached the grand old age of 84. And I have been writing for 52 years. God has blessed me with the desire to write on. Just for information purposes, I am now fighting my third battle with cancer in four years. That is how the song, There is No Fear in Faith came to be. It seems like one cannot say blessed and cancer in the same sentence but I found out you can. My medication does not make me sick and I do what ever needed. Early next month we are going in the studio with the Singing Ambassadors and Randy Duck to improve upon our song, The Higher The Mountain. So, I feel I am winning my third battle with cancer and I go for my 3rd treatment soon. My advice to songwriters: Passion, Patience, and certainly Presistence. Who better than me to come up with a funny slogan for songwriters.

NO FEAR IN FAITH

Alvia Dale Sandberg got his start in music as a boy in Burns, WY., after finding his father’s guitar in a closet of their farmhouse. He learned to play by trading labor for lessons. Hard work and respect have always been important to Sandberg, and they would have an impact on his music as well.Those small-town values haven’t lost any of their luster since those early days, and Sandberg’s simple, homespun melodies reflect the hardworking sensibility that brought Sandberg from those early days playing in church, to this culmination of his dreams.

Since his debut LP, Farm Boy, Alvia has tried his hand at writing gospel songs.  One night at the Coffee Tree, in Huntsville, he was reading a testimony by fellow songwriter George Wells.  In the testimony was the term:  "No Fear In Faith."  Alvia said to George, there is your song, pointing to "No Fear in Faith".  George wrote the lyrics and Alvia worked his magic and the song was recorded Wednesday, October 16, 2013 at Mill Kids Studio in Huntsville.

This is Alvia's first recording of a gospel song.  He put his best efforts into making this recording.  Alvia hopes the message brings a blessing to everyone who hears it.

In 1962, I started writing song lyrics.  A few years later I started my own publishing company, on a non-profit basis.  It has been a very successful company.  After all these years I have not made 5 cents of profit.  Often, I have to question the wisdom of continuing on when it seems like all I am doing is spending money.  I balanced this fact with two other things:  (1) I write for my own pleasure and (2) I may say something that will reach just one person, and who can put a price on that?

In early 1972 I wrote the lyrics for That Jesus loves Me feeling  and my good friend and co-writer, Billy Stone wrote the music.  During the National Quartet Convention, in Nashville, TN, we played the song for Jim Hamill of the The Kingsmen Quartet of Ashville, NC. Jim liked the song and it was recorded in October 1972.

My father died in October 1994. Just recently my sister shared some information with me that she was previously unable to.  That Jesus Loves Me Feeling was Pop’s favorite song.  He sang it a lot.  In the last few weeks of his life, Pop did not know who he was or where he was.

Nonetheless, he remembered the lyrics to my song.  One of the nurses at the Nursing Home  told my sister:  “He’s been singing that Jesus song all day.”  Pop was taken to the hospital for an emergency one night before he died, and as my sister was walking into the emergency room, she was able to locate him by the song he was singing.

Now comes the amazing part.  I was never been able to discuss salvation with Pop.  He steadfastly refused to let me go in that direction.  I felt like perhaps somehow, someway I had failed him.  All my efforts were unsuccessful.  When I learned how much Pop had sung the song during his final days, what joy filled my heart.  As I closely read the lyrics I came to realize it was in fact a song of confession.  You read the lyrics and decide for your self.  Could a person on his death bed sing that song and not be blessed by God?  The third line of the chorus reads: