Know All About The History Of The Christian Church 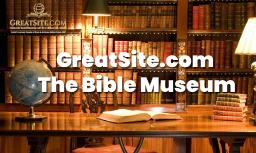 According to recent statistics, Christians are the largest religious group, with a whopping 2.3 billion believers or a noticeable 31.2% of the global population of 7.3 billion. Christians have always deemed the era of Jesus and his disciples a standard for all the other ages. This belief powered the church's faith in Jesus - the Messiah, who was resurrected. This faith also drove the anticipation of forgiveness of sins through Jesus. But have you ever wondered how the history of the Christian church changed over the years? And how it's related to the English Bible's history? Let's take a brief look.

Several dissenters emerged in the late Middle Ages, like England's John Wycliffe, Bohemia's John Hus, who was one of the followers of Wycliffe, and Florence's Girolamo Savonarola. These individuals challenged the organized church's teachings in more radical ways than Assisi's St. Francis. Despite their differences, these dissenters stood united in their critique of what they believed complicated Christianity's essence. On a Biblical prophetic basis, they wanted simplicity in Christianity's moral, cognitive, and devotional aspects.

The Protestant Reformation paved the way for infinite Christian variety and triggered the development of several Protestant bodies that debated Christianity's essence among themselves. This made it increasingly difficult for any solitary organization or the church to assert its monopoly on the custodianship of that essence. Every new sect offered a fractional discernment of a diverse essence or way of talking about it, even though the vast majority of Protestants settled on one thing - that the essence could be retrieved uniquely or in the best way via recovery of the Scriptures' core message.

It's interesting to note that the history of the Christian church is tied closely to the English Bible's history . In 1380, John Wycliffe created the first Bible manuscripts in English that were hand-written. Throughout Europe, Wycliffe was popular for his opposition to the teaching of the organized church. He used the Scriptures in Latin Vulgate as his source and translated them into English, followed by producing dozens of manuscript copies. This infuriated the Pope to such an extent that 44 years after Wycliffe's death, his bones were dug up, mashed, and dispersed in the river following the Pope's order.

Though the church threatened to execute anyone who read or possessed the Scripture in a non-Latin Bible language, John Hus vigorously endorsed Wycliffe's ideas. Wycliffe had emphasized that people should be allowed to read the Bible in their own language and should resist the Roman church's oppression. Sadly, Hus was murdered in 1415. While he was tied to a large wooden stake, Wycliffe's manuscript Bibles were employed to start the fire that eventually burned and killed him.

The Era of Reason and Revival

Renaissance humanism took pride in human achievement and supported human autonomy, while Reformation ideas stressed autonomy in expressing faith. As a result of these two, the modern church faced new difficulties in the quest to identify Christianity's essence. The Enlightenment, an 18th-century Western philosophical movement, further added steam by encouraging searches for Christianity's essence. The Enlightenment declared hopeful views of human perfectibility and reach that challenged earlier essential Christian views about human limits. Their God became a caring, albeit a distant force, instead of how He was perceived earlier an agent that organized a method of salvation for people reliant on being rescued. Additionally, the Enlightenment advocated a view of human autonomy and emphasized the use of reason in seeking truth. In other words, this era in the history of the Christian church stressed that people should no longer trust the priests' words that convey ideas of essential Christianity.

For all this positivity, we should note that while Humanist Enlightenment may embrace certain ideals of freedom in which Christianity can flourish, there is a stark difference between secular humanism and its goal of humanity self-actualizing unto perfection, and the clear teaching of Christ, that all have sinned and fallen short of God's standards, and that salvation cannot be earned or achieved, but rather it is granted by grace through the unmerited gift of God, bestowed upon His chosen. The scriptures teach, "Lean not unto your own understanding, but in all your ways acknowledge Him, and He will direct your paths."

During this era, Robert Aitken printed the first English-language Bible in America, which was a King James Version. This Bible, printed in 1782, was the lone Bible that the United States Congress authorized ever. In 1791, Isaac Collins enormously enhanced the American Bibles' size and typesetting quality and produced the nation's first Family Bible. Jane Aitken, Robert's daughter, printed a Bible in 1808. She was the first woman ever to print a Bible.

The Era of Ideologies

From the two World Wars to the modern era of the late 1900's, new contenders seeking to replace God came to the forefront to assert their power on secular people. Nazism was lauded throughout much of Europe. Communism taught to render God irrelevant in its worship of the State as supreme. Meanwhile, individual rights were respected by the American Democracy. These were troubled times for the Christian church. However, thanks to the work of the missionaries from Europe and North America, as well as indigenous church planters in Latin America, Asia, and Africa, the Christian Gospel made tremendous advancements around the world.

The history of the Christian church stands testimony to Jesus Christ's Gospel. The church's relationship with English Bible's history indicates that even though some may call the Scriptures irrelevant, God's Word will continue to inspire people and collectors of rare and antique Bibles and Bible leaves available here .