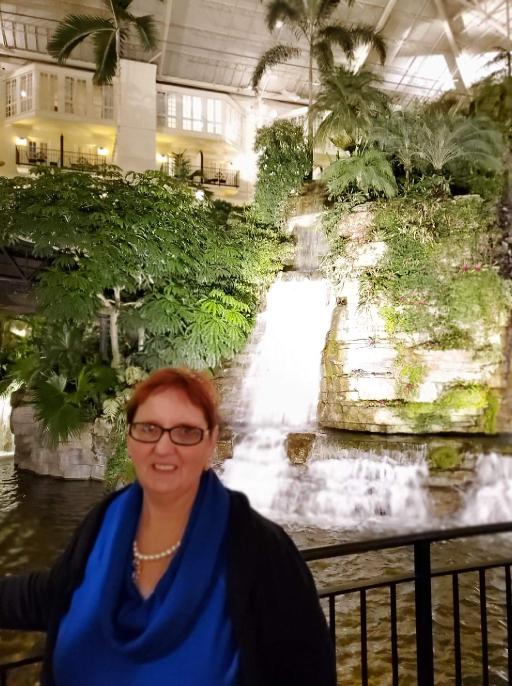 Kathy Bell began music at a early age with a dream to perform and sing at the Grand Ole Opry. By age 10, she was playing the piano and singing at the church where her grandfather pastored. In high-school, she played flute in band and sang alto with the choir. Shortly after, she began writing songs, then competed successfully in Karaoke competitions, and today she is a songwriter and has a wholesome comedy act called "Ma Bell." Bob's McGilpin's first release was 1978's "Superstar" on Butterfly records which became a Billboard hit along with "Sexy Thing" and "When You Feel Love." He had multiple major label record deals with Casablanca, RCA, and Butterfly/MCA. McGilpin landed three #1 hits on the coveted Billboard Dance Charts. He is currently working as a Producer, Songwriter, Engineer and Designer/Builder of MVAmps .

Together, Kathy Bell and Bob McGilpin have teamed up to release their latest single, 'America She's Crying.' The lyrics to "America She's Crying" were written by Kathy Bell and co-written with Bob McGilpin. Bob McGilpin wrote and produced the music; he also edited Kathy's lyrics and sings lead vocals.. “America She’s Crying” is an upbeat, foot-tapping, country song about our leaders and the changes and turmoil happening in America today. A bustling fiddle, tight drum, and finger-picking banjo burst through the opening of the song creating an inviting bluegrass welcome. Bob's arrangement of fiery fiddle and hometown banjo give an Americana spirit to the song. His music, combined with Kathy’s lyrics, will spark your feet, your mind, and your heart.

Bob's rugged and rich vocals commence on the first verse. "What’s happened to America, she used to be so strong? The things that she’s now seeing, they are so very wrong. Her people need to stand together and put up a good fight. Her morals and her constitution have been compromised."

Bob's vocal performance yields a passionate impact from beginning to end. His voice is at once down-to-earth and easy to relate to. Bob simply sounds natural and this pulls listeners into the song and keeps their ears locked on Kathy's message. 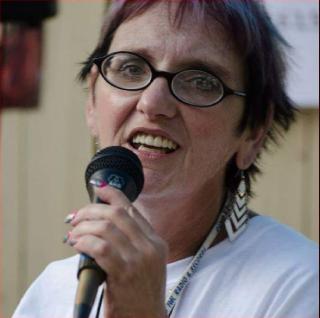 Lyricist Kathy Bell has done a fantastic job asking poignant questions that make you stop and think. At the same time, you can feel her love for her country and it's citizens. Her lyrics show deep care and concern. "America She's Crying" can be seen from different viewpoints ranging from the actions of our leaders to the wounds that America is enduring right now. The key message is that society m ust come together to prevent further damage. The first verse asks, "What’s happened to America. she used to be so strong?" The second verse wonders who our next leader will be and will they be corrupt? The catchy chorus blooms with a contagious, sing-along melody that sticks with you, both lyrically and musically. Thinking of America in tears leaves a lasting visual impression that you won't soon forget. In the end, Kathy's lyrics are a call for people to unite and stand up together.

Kathy started writing “America She’s Crying” about four years ago during the 2016 elections and then continued the song a few weeks ago. Life changed drastically in America because of the coronavirus, and she wanted to write about what America is facing."


America She's Crying" is a soulful country song that is perfect for a two-step, an at home party on the fourth of July, a blast on Country radio, or just an upbeat reminder that "the people are the boss." We shouldn't have to live in a system that's in a continuous divide. That said, there are certain things we can all agree on and one of them is that great music is great music, and lyrics that make you ponder important questions and call for us to stand together even when the times get tough are refreshing to hear right now. "America She's Crying" is an excellent song for our times. Both Kathy Bell and Bob McGilpin can stand tall as they have released a song that has "backbone" with poignant words set to an old-time, foot tapping groove. Kudos to Bob McGilpin on a great arrangement, performance and production, and to Kathy Bell for expressing what so many are feeling.