Tongues - are they for everyone?

Ken Rich » Groups » FPC » Discussions » Tongues - are they for everyone? 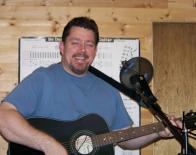 Not to be contentious, or to cause division, but with a view to achieving greater understanding - this is a subject I would like some help with. I would like to gain some some clarity on it.

I haven't had time to study this particular subject, to the degree that I would like, but I am aware of at least two main "camps" on the issue.

There also seems to be disagreement on whether tongues should be a useful human language that can be interpreted, such as when Peter addressed people of various dialects at Pentecost - yet they all understood him. Tongues had a purpose, at least in this instance.

Paul also taught that tongues should only be spoken if an interpreter is present, and in an orderly fashion (not many "babbling" at the same time,with no purpose). Yet, his instructions do not seem to be followed in some Church meetings today.

It appears that some believe tongues can be a "gibberish", or even an angelic language, not corresponding to any human dialect, and serving no purpose except to the speaker - to somehow enhance their communication with God even though what is said is not understood even by them.

There seems to be quite a bit of confusion in Pentecost circles on this issue. I don't have time to sift through reams of contradictory sermons and articles, to find a "gem" among the stones. Does anyone have any insights or thoughts on this? Perhaps a link to an authoritative apologetic article, that would settle the matter once and for all for me.