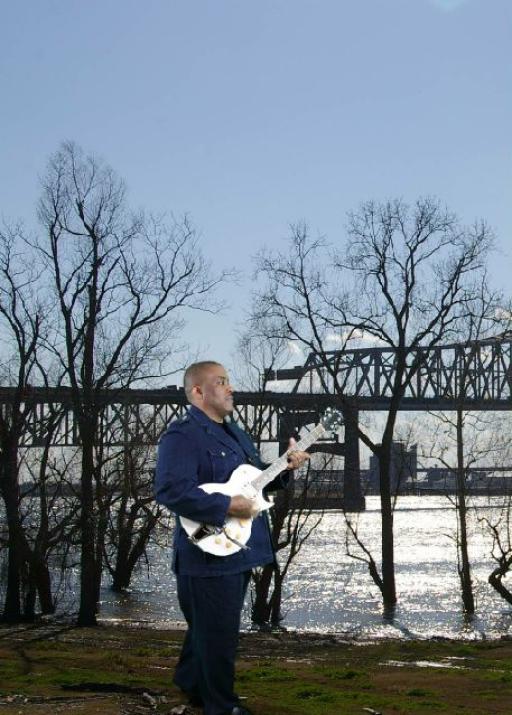 In my original profile info I told a little bit about myself but I am here to tell more.I started playing music in my dads gospel group at about seven years old. My dad said here you need to learn to play guitar and that was that.Not up for debate.The guitar player for my dads group showed me a few chords and it did not take long for me to pick it up. I began singing in the church choir and leading songs. Finally I made it to junior high school and because I did not want to take health class I took band.The first question the band director asked was what instrument do you want to play.I knew nothing about band instuments so I asked Mr.Leon Sanders , what you got. I was given a trombone and learned to play it and after a couple of months Mr. Sanders said he needed a tuba player. Luky for me he had one and I feel in love with the instrument. After junior high came high school. High school was when I took my music serious and spent every second I could praticing.I mastered the tuba and was offered thirteen scholarship offers. At the time work was what I had to do.I begin to work with my uncle in construction. In the mean time I formed a band at we played several places locally and even recorded a demo in the studio. Around the same time my home church needed a musician and I was asked to step in and I did.I learned to play the piano and the organ thanks to that invite. I started writing gospel songs as well as ballads. Somewhere along those years I also learned to play the trumpet , the sax , the drums and the bass guitar. I decided it was time for a change and I moved to Baton Rouge, La in 1997. That has been the smartest decision I have made in my life.I began playing for two churches in the Baton Rouge area and I formed the gospel group Second Edition. We started out performing locally then begin the travel out of town singing at different venues. After recording our first cd , I decided to start my own recording studio about six years ago. Since then I have produced twelve projects in my studio for several different gospel artist. Last year I produced my lastest solo project titled "I Raise My Hands". I wrote , arranged , engineered and recorded all the vocals and music on the twelve songs project. At the present I have started on my next project as well I am in the process of producing the second project for my dad. The first one was with his group The Siver Star Gospel Singers. The recent project will be a solo project that he has been wanting to do for some time. To be released soon. I am working now to take my ministry to the next level with the help of a source I am not at this point ready to reveal. I am also preparing to produce a project with Lamont Jackson of Hammond ,La. Lamont was a part of the singing ministry with John P Kee and has recorded a couple of cd's with an acclaimed record company. This will be a blessing for me and a challenge I look forward to. I have had the pleasure of performing on program with some of the greatest artist in gospel.Just to name a few , the late great Olanda Draper , Willie Neal Johnson and The Gospel Keynotes , Dorothy Norwood , Lee Williams , The True Believers and The Williams Brothers. These were great oppurtunities but the highlite is the chance to lift up the name of Jesus in song and music.