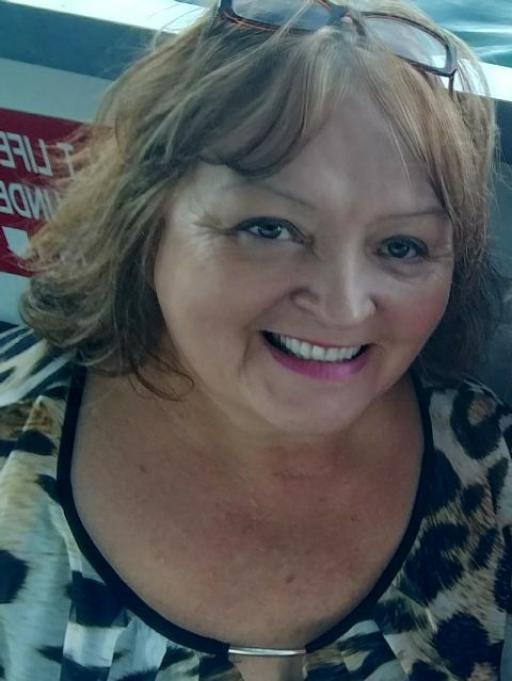 GOD Said:  BEGIN AGAIN  That is why I am here.  To start again after years that brought me through Widowhood, A car accident that took years to recover from physically, but was a gift in this... I coded in the Knoxville Trauma Care Unit and came into the Presence of God's Holiness. After surgeries, and left with a de-gloved rt arm with bone overgrowth.  That means it will not straighten or bend more than 20 degrees and remains in a bent position, I am a richer person.  I broke my neck, back, replaced my rt cheek, fractured my skull to the point my rt ear canal closed permanently.  Two years later a brilliant surgeon in Oregon opened it and gave me back my hearing.  I have been through one storm after another for years.  Now I am about to embark on a biblical divorce I never wanted.  And I stand alone, physically.  But God is here.  And He said: Begin Again.  What I mess I seem to be, yet in my weakness, I was never stronger.  Christ is the vine, and I am a branch.  He feeds me the strength for each day.  I am preparing to go out, to sing, to tell my story, to encourage those who will listen in the Faith.  I am a servant of the Most High God.  He loves us with an incomprehensible Love.  And in Him, I can do all things through Christ Jesus who strengthens me.  I look forward to the good things He has coming.  For Jeremiah 29:11 says "For I know the plans I have for you says the Lord. They are plans for Good and not for evil to give you a Future and a Hope." My Hope is IN HIM.  All things are possible through Him.  Zephaniah 3:19-20  And I will deal severely with all who have oppressed you.  I will save the weak and helpless ones; I will bring together thoses who were chased away.  I will give glory and fame to my former exiles, wherever they have been mocked and shamed.  On that day I will gather you together and bring you home again.  I will give you a good name, a name of distinction, among all the nations of the earth, as I restore your fortunes before their very eyes.  I, the Lord, have spoken! Let me tell you that my heart and my will is to Glorify God, To point others back to Him, to tell my story that others might begin to trust in Him and believe in this incomprehensible Love of God.  It is a love our minds cannot even begin to fathom.  I am a sinner, saved by His Grace.  This Grace will help me to overcome my disabilities and Begin Again.  God wants each of us to Listen to the Holy Spirit and Obey Him.  Each of us has a gift.  Each of us has an assignment.  When we use our gift as God directs us to, when we obey God and begin to do the current assignment, God gets the Glory and people will run to Him.  And that pleases Him, because as I said, His Heart is: He would that none should perish.  We are His messengers.  People are lost and in misery. So many feel hopeless or are in rebellion.  Who will God use, if not us?

THIS IS A GLIMPSE FROM MY BOOK "FEATHERS" found on

Let It Shine is one of the songs the main Character sings, because she is a female trucker.  Enjoy a sneek peek into a story that teaches you that God never forgets about anyone.  And He loves you and pursues you with HIS LOVE all your life!

At the break of dawn, I’d get on the CB and sing something lively to the drivers to start the day.  If they’d been driving through the night, they were especially tired, and so they always appreciated it. In Psalms, I read about the Morning Splendor- and how Darkness Gives Way to the Dawning. The breaking of day brought in renewed morning Light, and reminded me of what God was doing in my own life. I had lived for years, struggling through the darkness of emotional pain without allowing Him to help me because of sin and pride. Now, finally I’d consented to His guidance. The darkness of the longest night, my life, was being replaced with the Light of the Dawn- His Morning Light. The Light was God, and I was learning to think like a child of Light. Because of my faith in Him, I felt incredible hope going down the road. God’s personal Love was becoming real to me. I got on the CB and sang:

We drove the whole night through.

Good morning- Good Morning- to you!

Sunshine and skies so blue-

One by one, they responded with a greeting.  A Southern drawl, a perky cheerful voice, grouchy grumble, a high pitched prattle, and some deep raspy bass voices. Ten diverse Good Mornings echoed back to me.   God was working individually in each driver’s private journey. Their replies made me smile.

"Amazing!" I thought, "How can He do it? He must be so intelligent to Love each one of us, and discern what goes on in our heart and minds! My Creator is beyond my comprehension, and his love is greater than life itself."

Diamond awoke from the CB noise, so I pulled off at the wayside to change drivers. While he was still yawning and waking up to their voices, he said, “How do you think God knows us, when there is only one of Him and so many of us? Silver, You said our Creator knew us in our mother’s womb. How do you think God knows each of us so intimately? When we drive through the big cities and I see thousands bustling around absorbed in their busy lives. How does He comprehend so many at one time?”

“Diamond, God made the universe. He holds the stars in their places. He creates the air we breathe and the tiniest insects, smaller than any eye can see. Time is nothing to Him. He is the One Who turns the Earth daily. He not only makes it rotate around the sun yearly, the entire solar system turns at His command. This Galaxy takes more than 300 million years, just to turn once. His creation is fathomless, endless, and incomprehensible. God has no beginning and no end. There are realms you know nothing about because God is 'not' limited, nor to be understood by mere beings who He created. He was to be loved, obeyed, and worshipped.”

Silver knew we were ready for more, now committed to this journey. The brilliance of the Dawning broke across the land. I began singing,

"Rolling down the mountainside,

The damp night air, the moon so bright…

An endless trail of headlights meeting mine.

Fireflies light the fields with play,

They light the dark and seem to say…

Won’t you let the light God gave you shine,"

I knew there were many listening, yet no one spoke as I sang,

"Let It Shine- Let it Shine-

Let the light within you shine

To a hurting world that only knows despair.

To their hearts and to their minds,

You will light the darkness when you let it shine!"

When I was done, a deep voice came back and said, "Songbird, that brought tears to my eyes.” "Who we got there?" I questioned. "You got the Junkman,” the voice boomed back. "How ya doin’ this Morning, Junkman?” I ribbed. "You've really been getting to me with that singing,” his voice sounded down.

"Junkman? Do you see that sign that says ‘Wayside Up Ahead’? There's something I want to give to you, so pull off when you get there.”

I looked over at Diamond, and then at Silver and said, “I feel God wants me to give him a copy of "A Song in the Night.” He seemed touched by ‘Let It Shine’”. Diamond agreed, then left to use the restroom. Silver flew to a stand of large trees, leaving me alone in the truck.

Shortly after, a big rig pulled alongside ours, and a heavy-set Ostrich wearing a baseball cap got out.  His cap was loaded with all kinds of different pins on it. Drivers collected them to mark events in their lives, and on their journeys. Junkman could barely speak as he fumbled to take one of the pins off his cap. It said ‘Harley Davidson’. I’ll never forget the tears in his eyes when he gave it to me.

“Songbird, this pin belonged to my best friend, who died several years ago. I’ve been bitter at God ever since.  Your song about ‘Shining God’s Love to a hurting world’, touched me so deeply. I am one of those you sang about and I want to give you my best friend’s pin because it’s time for me to give up this bitterness.”

He gave me his treasured possession, and a lump in my throat made it hard to swallow. Something Eternal had happened, and there were no words to express it. God used my music to reach a place inside him that had needed to heal.  God's Grace and Love touched him through ‘Let It Shine’. His bitterness and disappointment were released during the song, and he let God back into His heart. We stood on Holy Ground, overwhelmed with His Love on this bright, sunny morning. I was in awe. I hadn’t realized it yet, but when I sang, God’s anointing made the demons flee.

When I handed him my CD, I saw a tear in his eye as I told him that "Let it Shine" was on it. "Junkman, you seemed to like it so I wanted you to have a copy to play in your truck.” About that time, Diamond came upon us with a big ole smile, knowing I was doing God's work. I introduced them, and then it was time to go.

Junkman had a schedule to keep. He was hauling ‘Liquid Love’ in that tanker on his way to a hospital for the terminally ill.

At the same instant he disappeared, I heard my voice on the CB radio. Junkman was playing my CD over the CB from his truck!