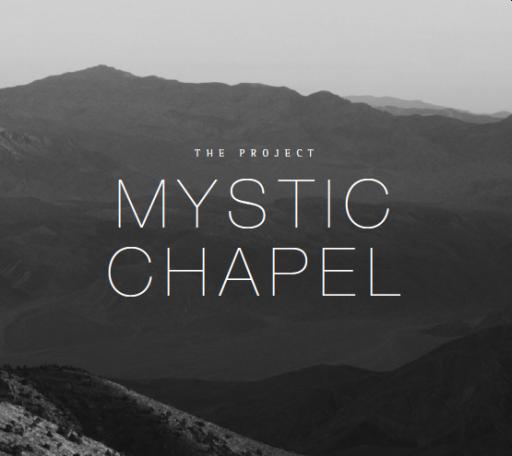 The Project is a collaboration of musicians under the direction of Michael Glen Bell and Duane W. H. Arnold from Indianapolis, Indiana, USA. Bell and Arnold have put music to prayers of martyrs throughout the ages with their album "Martyrs' Prayers" (2012) and have enlisted some world-class musicians to play on the album. Among them are: Phil Keaggy, Randy Stonehill and Glenn Kaiser (Rez Band). The songs range from acoustic folk to rock n roll.  Their latest album is "Mystic Chapel" released in December, 2015 which is music put to lyrics drawn from ancient liturgy.

Location: Indianapolis, IN
Zipcode: 46250
Country: US

Our first album, Martyrs Prayers, asked the question, “What would you die for?” It was our small attempt of speaking musically to the issue of “cheap grace” as defined by one martyr in particular, Dietrich Bonhoeffer.  From Ignatius of Antioch to Oscar Romero we considered those who had given their lives for the faith.

Our second album, Mystic Chapel, asks another question, “What if we still believed?”.  We came to faith in a time when something was happening.  It wasn’t programmed, it wasn’t planned, but it was real.  The theology was not deep or profound and there was much that we needed to learn, but we believed, and that belief was translated into a movement that changed the Church, changed the style and substance of ministry, changed worship and changed music.  It was a time when it seemed nothing was impossible.

As Martyrs Prayers garnered numerous favorable reviews and attracted a good deal of attention across an amazingly wide spectrum of both faith-based and secular media, we began connecting with all sorts of people from “back in the day”.   Some were old friends, others were simply people with similar experiences.  Some had remained active in varied faith communities, while others had no apparent affiliation whatsoever.  Still others retained a deep faith, but were simply “done” with the Church - too many scandals, fund drives, intolerance, traditional/contemporary arguments, and all the rest.  As we worked on music and design with numerous talented friends, artists and musicians of a younger generation, we saw the same phenomena - some involved in a faith community, some with no affiliation and some, while retaining a very real faith, had simply given up on finding a community that expressed that faith.

So, a lifetime later, we ask the question, “What if we still believed?”  While we may not have known it at the time, the power of our belief was, essentially, the incarnation of the kerygmatic theology of the mid-twentieth century.   We encountered the “proclaimed word”, the kerygma, and by that word, encountered Christ and his saving work both in history and in the present moment.  It was an encounter that changed lives... changed us... changed so many... but where are they now?

We offer this album, Mystic Chapel, as a “love letter” of sorts.   We’re sending it out to the faithful, to the “nones”, to the “dones” and to all those in between.  There’s no promo, no hype, just a journey, offered in music and story.   We recognize, however, that this is but our journey.   Travel with us, but find a journey to make your own, for the Mystic Chapel is not a place that you can find on a map, it is an encounter that takes place in the soul.  It is an encounter that may, for each of us, bring an answer to the question, “What if we still believed?”.