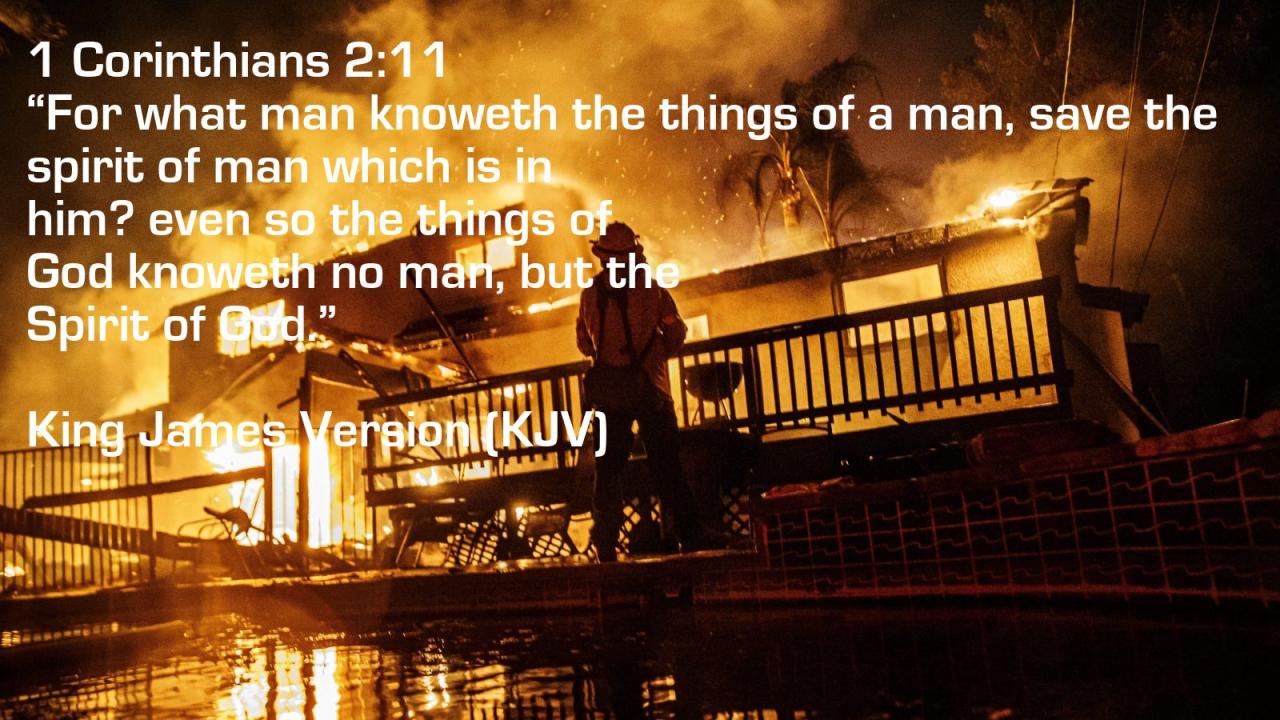 I am often reminded of John 2:16 they have made the house of God into a den of thieves. Wicked and perverse generation turn back before it's too late.

“Having the understanding darkened , being alienated from the life of God through the ignorance that is in them , because of the blindness of their heart :”

We know that God provides mercy and grace. Some people though live a deceived life all their lives thinking they are following the truth when they are not. You see the thing is they can't see hell immediately so they are under the assumption that they will not ascend into hell. Can a lie be the truth. If the devil counterfeits something which he does exist because if he didn't the true God would be a liar and he's no liar just because people followed that pernous way and died in their sins doesn't mean that they're not in hell right now. You see that's why brothers in Christ can preach that they're in hell right now because God's word states it. We can say the gospel is the good news and it is. God's word says salvation is of the Lord and God pre ordained the coming of his only begotten son before the foundations of the earth were laid. So if you live in the nation that does not have war right now then you most likely have grace but are you taking for granted what will happen to your own soul once you leave this life which is a brief vapor. James 4:14

And there are brothers in Christ that in the past have preached how they approach things at the beginning of their ministries. Thank you for the teachings. One particular brother said in the beginning he used to listen/download sermon after sermons but as he grew in the faith things changed. Because it's actually doing it and there are many ways to serve God. Recently I heard three sermons because sometimes I do want to inquire what is on preachers minds and these three were informative and had something interesting. One of them was on the book of Genesis. Another one was on teachers facing judgment and that is in scripture. Some of them will have a very strict judgment. And the preacher in one of them touched upon becoming arrogant and that everybody does not have certain gifts nor can we be prideful and arrogant. I just wanted to mention that. It's good to bring yourself back to Earth every now and then.

So what I want to stress is if you are a woman or a man middle age or older or you're a teenager with your life set ahead of you why would you want to live a deceived life and live a sinful life taken for granted your own soul. God is looking for people to turn to righteousness and to accept the gospel and salvation. He's looking for true worshipers that even Christ told the Samaritan woman.

John 4:21 “Woman,” Jesus replied, “believe me, a time is coming(Q) when you will worship the Father neither on this mountain nor in Jerusalem.(R) 22 You Samaritans worship what you do not know;(S) we worship what we do know, for salvation is from the Jews.(T) 23 Yet a time is coming and has now come(U) when the true worshipers will worship the Father in the Spirit(V) and in truth, for they are the kind of worshipers the Father seeks. 24 God is spirit,(W) and his worshipers must worship in the Spirit and in truth.”

When you are young and you live a deceived life and later on you get mocked as God gives you over to your slavery of those things that Master you if then you later realize what a fool you were as you wasted all those years what a shame. Sure you want to remember the good memories too which is in itself a good thing but Jesus said a man who looks back is not fit for the kingdom of God. You're to go forward. Put your hand on the plow and go forward. So what is my point here? If you marry a woman who is not a true believer even if you live with her in sin and you have children with her it is most likely those children will be raised to follow lies and probably will end up in Hell one day. Now there is scripture that directs somebody if they are in the situations. I know somebody being a woman who was in one of these very strange situations but she became a true believer. But she had to deal with the aftermath of the earlier decisions just as others of us had/have to. Still I say give thanks and supplication regardless at all times.

So when I go around now and I see women dressed sexy and with pride and arrogance  thinking they are just too good for me I don't want them to be honest. But I want them to be saved and following the truth. I don't yearn for them. I used to in my stupidity life. What would happen if I had the means to have them. What kind of life would a life of sin and vanity be. The same for a woman who is a woman of God. We have to pray and ask God to guide us. That is the God of Abraham Isaac and Jacob. 1:44 a.m. May 5 2022

In my after notes this message is not to be arrogant or prideful but to be truthful in Christ Jesus our lord. I am talking about the non-pagan true risen Jewish rabbi. Lots of young people (men) are living and looking for what they call chicks. (Bars) The Bible calls them whores. But men are whores as well. Whores end up in hell. You see the Bible says don't you know you are the Temple of the Holy ghost. So at death when you are cast into the bottomless pit of Hell how could you blame God who sent his only begotten son to die on the cross as a ransom  for many to save a wretch like you and me. You have a Bible close open it and read it and start to pray. Get on your knees and start to pray. Turn from your life of sin to a life of righteousness. The gospel is the good news but are you going to be the bad news and end up in hell? It's your choice where you want to spend eternity. It will either be in heaven or in hell. Hell is final and eternal so are you sure you want to go there?