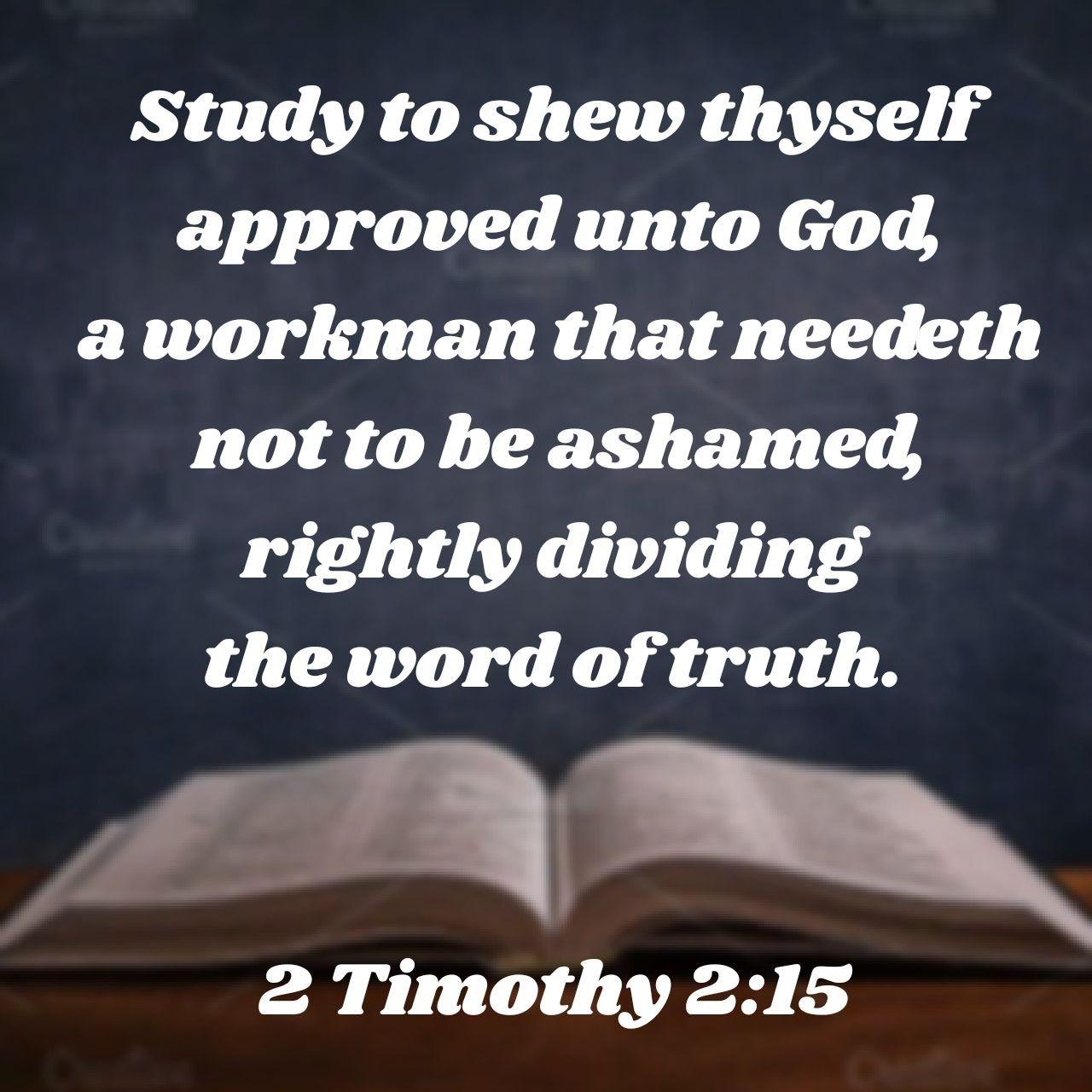 It's in essence here an evaluation to get an idea what's on the minds of Christians and evangelist/preachers concerning the world and the faith. I've seen many others overtime.

There are Christians that will shrug off such feedback commentary, interest or study as such but I do feel it's important. Christ was rejected and despised. He was a poor carpenter and not some rich man decorated in jewelery. He had nowhere to lay his head as written in the bible. He was a man well acquainted with sorrow. His father was pleased to crush him but he prayed if the cup could pass him by. Christ even called some of his own disciples or apostles evil. You being evil give good things to your children.

Man is abundantly evil. To call it Wicked being men it's just a nice way to put it. They are so lost in their evil deeds although they themselves probably think of themselves as good. But it's not the kind of good that sends you to heaven but the kind where hell waits patiently to suck in all of the damned. I say this knowing that the heart is abundantly wicked. Armageddon is in the bible and World War #3 we have an idea how it starts. We hope not but GOD does not lie.

Evil is evil and lies are lies. We know the outcome and we also know the truth because God had the great Prophets put it in writing and in his words. We know how it all ends. Just before his true Kingdom comes into being in reality how many events will occur. The Book of Revelation talks about what God does punish the entire world for its sins when Grace comes off. It is so detailed and it tells us men will run into caves and hide from him in Heaven that sits on the throne  God has reserved this for the future. Can you imagine when Pharaoh's soldiers seen the ocean open? It was ancient times but could you imagine what went through their minds? The same thing shall it will be in the end days when the great day of the Lord comes. The fool has said in his heart there is no God.

When those that are proponents for calling lies the truth create a committee for disinformation evaluation it's problematic. Remember that the devil was a liar from the beginning. And remember Christ said all liars shall have their part in the Lake of Fire. Since I came across this it is interesting but they have been discussing this on the five and other fox/related news net works. Especially on the Megyn Kelly show. She got very deep into this with many guests over time.

Sometimes perhaps more than others you can learn by these question and answer periods  sessions discussions of things that are interesting. Such as William said confusion in the Book of Matthew with what William is describing apocalyptic imagery used by Mathew and he goes on to say how the Jews use this. They use symbols and imagery and how can these Saints be raised before the first fruits being Jesus which is problematic and so it is suggested is that it is not to be taken literally. He says this is problematic and confusing for Christians. Interesting isn't it.

The Religion of the Anti-Christ

"In Christian eschatology, the Antichrist or anti-Christ refers to people prophesied by the Bible to oppose Jesus Christ and substitute themselves in Christ's place before the Second Coming. The term Antichrist is found five times in the New Testament, solely in the First and Second Epistle of John"

Here Charles discusses the religion of the Antichrist and why shall thou judge thy brother. This is interesting in my studies. He points out some things that other people would have to do deep research to find out because of course he's a gifted experienced preacher. I'm not promoting people over others but I find that the truth is known. I'm not particularly saying that everything they do in biblical Christianity is perfect but it is the proper faith.

The art of preaching Ruben Israel on his show

I think street preaching has changed and there are many different preachers evangelizing the word doing this on the streets. Ruben is very experienced and he is one of the ones that stand out because he has his own methods. He has understanding because he has 40 years of experience. He says how many times have you heard Jesus loves you. You see even the deceived claim Jesus loves them when they are confronted with the truth that they cannot accept. This is because they love their sin and their deception they can't hear the truth. Christ said if they don't hear me they don't hear you. In other words when they are rejecting you they are rejecting me. So Ruben on the show talks about the different methods of street preaching and this is good for Street Preachers to learn. He shows the other side of the messiah and even some biblical characters concerning their BOLD methods.

Now on his most current show he relates to this by saying that Adam hid from God because of the shame of his sin. Today they are proud and arrogant and come out with signs, pride and arrogance and this is reflected in the news currently with what's going on with the abortion issue and protesting by the judges homes. There you go.

Do have more things to clear up the Bible never speaks using the word  trinity and it doesn't make God less God because even the thief on the cross was not asked if you believe in the trinity and he was not even asked what religion he belongs to in terms of Biblical Christianity because he actually knew who Christ was. Christ would have known his heart also. And this is not to get into the thief on the cross. Nor is it to get into the trinity per say. Yes there are three parts in one. The father, the son and the Holy Ghost. Not the "sun". The Bible refers to this combination as the godhead but there is only one God. Christ said he and the father are one and the Jews wanted to stone him because he made himself out to be God or to be equal with God. But he considered himself the son of man when he was on Earth during his ministry. There are some Street Preachers that prefer to refer to it exactly as the Bible calls it the godhead. God is real and God is not a magic genie. But faith goes a long way. And no you do not live your best life now. You must be born again and that is pure biblical Doctrine. John 3:3

The other thing is people like to hinge or even  UN hinge when they miss understand scripture. Many people have an obscured vision of God. This can be for many reasons particularly many claim to know God but they know him in name only. So what do I mean by UN hinge. When you show the astonishing written truth that cannot be denied in scripture such as on the day of judgment when Christ tells the multitudes he doesn't know them and never did because they are workers of iniquity which means Lawless there are Christians (True Believers) that get all puffed up including preachers and they'll start preaching once you have been saved and you have been given a gift that is special all grace and love has been applied to you. It's true but that doesn't diminish the scriptures. He said to press in. You see there is the belief that these people were counterfeit Christians that are castaway on the day of judgement. But counterfeit Christians don't really cast out demons. There are those that will say well they could do it using his name because his name is powerful. Perhaps it can be but all these people are not going to be Cast Away for the exact same reasons. It all comes Under the Umbrella of being Lawless. If you are preaching the word in your preaching you might be bold and non lukewarm at times but that's not it. You see there are preachers in Christians that think you can't lose your salvation. It's true I do believe that he will sustain and seal those that can't be lost. It's not a bad thing to fear God. The best way I could put it if you are truly a born again Christian is examine yourself everyday to see if you are in the faith.

There was a man casting out demons and the Book of Mark talks about this and Christ told them to let him alone. Look what he said : "39 But Jesus said, Forbid him not: for there is no man which shall do a miracle in my name, that can lightly speak evil of me." M939 it's incredible that then he went into the teaching about hell. Because hell is real. So look what he said

"44 Where their worm dieth not, and the fire is not quenched." If your hand offend thee watch out because your punishment in Hell might be profound . 7:44 am May 13th 2022

A cup of trembling does this mean?

9 And it shall come to pass in that day, that I will seek to destroy all the nations that come against Jerusalem.

"Zec 12:1-3 — Jerusalem is to be a constant irritant to all the nations that presume to make decisions that affect it. God’s policy for the nations is “hands off” Israel (too bad the United Nations is not aware of this). All the nations in the Great Tribulation will march against Jerusalem — and be destroyed ."

Scripture is true. God's word cannot be erased. It cannot be destroyed as Christ himself said. It cannot be broken. Whatever is written in it that is future or prophecy will occur if it already hasn't occurred. So far God's been merciful and graceful at times. But for years you hear about people sending Rockets into Israel. There are fights over there with different groups. People that oppose the Jews. People that proclaim to want to wipe them off the face of the Earth but the problem is that God who created everything is the God of Israel as that is the nation that he chose to represent for whatever purpose he chose it. And then that Nation despised and rejected  their true Messiah as they like to call him "Yeshua" Emmanuel. Isaiah 53 came true. And I hear preachers preach Jerusalem the cup of trembling every now and then. So the meaning is profound because probably at some time in the future all these nations as written are going to surround that Nation and come against it. Somehow at some point an antichrist will try to make peace but will break the agreement after three and a half years and then attack. We know what happens with the new Temple because it is written. Then at some point they'll realize they crucified their own Messiah. There will be weeping for him. Why because he's real and they're blind and deceived. But God is going to make those Nations that attack feel the pain of their decision. From preaching God will unleash probably through his angels a series punishments for these armies of these nations are come to attack. They are going to be doing battle with the real God unaware and in ignorance just as Pharaohs Army did with Moses.