Yield yourselves unto God 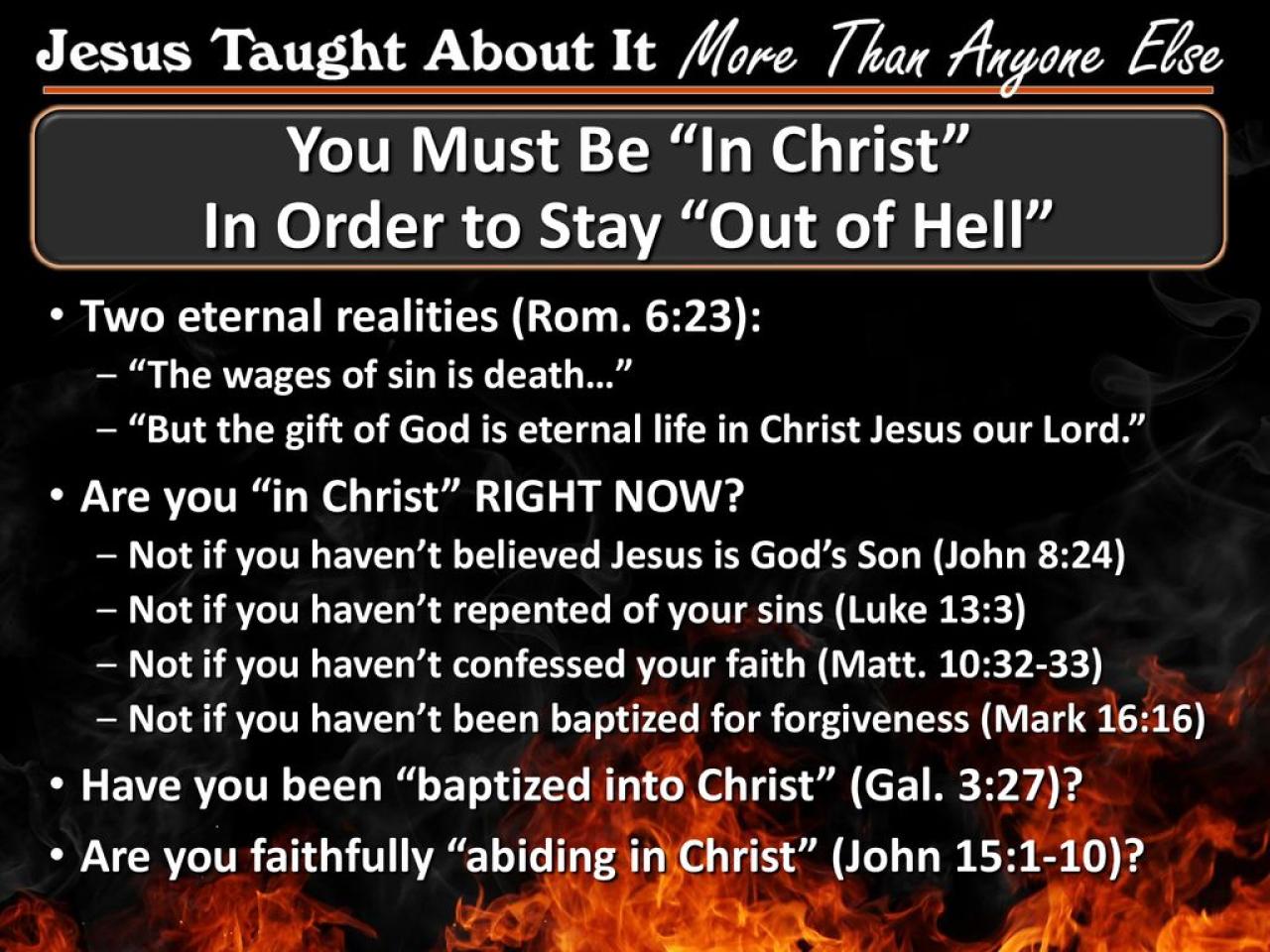 
Some corrections on my mind lately...

The man in hell had five brothers he wanted warned. What about YOU?

Beelzebub - is the ruler of the Demons.

It was the Pharisees who accused Jesus of casting demons out/performing miracles by the power of Beelzebub. Then we find out about the Unforgivenable / unpardonable sin. It will not be forgiven in this life or the next one. It's like saying that Christ used the power of darkness to do miracles. There are some Christians who have their own Ministry who said sometimes if God is doing a particular work in a particular Ministry in faith and you accuse them you might be under mining and judging the Holy Ghost. Apostle Paul gave the warning about arrogance and said that the Vine is Holy and so should the branches be then. You see what Christ has a problem with people on the day of judgement. Some have speculated he is referring to counterfeit Christians but I've never seen counterfeit Christians understand spiritual things or even live the life of a true Christian let alone cast out demons. So it's not an easy thing. There are certain standards that we all follow. But when doctrine that is not biblical comes into the congregation particularly of whatever denomination even if it be a street denomination it is questionable. If you have a personal relationship with the lord I am sure you don't want to disobey the master because you can't serve two masters and we don't like to hear the truth when somebody spells it out. Lately I've heard a particular denomination go through all the scriptures of love and grace and that God will sustain through his love. And it's true it can't be denied but at the same time it also cannot be denied as a warning of the day of judgement and the other scriptures that tells us to press in, finish the good fight, endure till the end, contend for the faith, pick up your cross daily, don't trample the blood of Christ, and don't abused Grace that it may rebounding. Christ in a sense commanded but since we are under grace he kindly asked people if you love me keep my commandments. The law was there to show us and convicted us of our sins. If we were under the law it would be very problematic. We are under grace.

"An exposition of Romans 10:4, which says: "Christ is the end of the law so that there may be righteousness for everyone who believes," will help in understanding what it means that Christians are not under the law. The apostle Paul clarifies the effects of original sin in Romans 2:12, stating, "All who sin apart from the law will perish apart from the law, and all who sin under the law will be judged by the law." All men stand condemned before God, whether they are Jews or not, or to put it another way, whether they have the Law of God or not. Paul also states, "For all have sinned and fall short of the glory of God" (Romans 3:23)." Credit : Got Questions.

"the old cliché “one man's meat is another man's poison.”

The other one that's come up lately is some Christians are terrified at the name Yeshua or even especially the name Yahweh. They claim they are gentiles and they weren't born as a Jew. A long time ago I studied the creation of the Bible and the cannon also. They admitted that they didn't use his Jewish name because they wanted to sell Bibles and they also said the authors or publishers felt because there were some not too good feelings because they (Jews) sent their Messiah to his death that people wouldn't buy Bibles and it might create rifts. We can go with what is written in the King James Bible. Some say Jehovah is the real name of God. They do say that the Hebrew Bible does have the name Yeshua in it. Some people say that the Jews got the name Yahweh when they were in captivity in Babylon and that it is demonic and wrong to use it if it is not in the King James Bible.

So I heard 400 years up to the time Christ came that the Jews fell away some of them and started to worship idols. It was an uncertain time with trials and Wars but God was still working his will. Certain prophecies came to light and the time wasn't utilized properly for the coming of the Messiah. Remember Isaiah told them.

Even if we look at the gap years of Christ that's called The Missing Years we still had a messiah that was crucified on a cross. The one Isaiah prophesied still came. And Israel became a nation as I said earlier. I am sure people are saved in every decade. But I also know after Christ came it was important to bring another fold that is the Gentiles.

So let's talk about blessings a wee bit. The Bible says it's a fearful thing to fall into the hands of the Living God. They say God sustains certain Nations and he has a council. They also say the more you are given the more you will be required. So some people perhaps even celebrities that destroyed themselves might have being blessed to a degree but what happens is you can destroy those blessings. Likewise you might also have a family tree that has been engulfed in sin, rebellion and put other gods before the true God. So there may be family cursing regardless.

What is the meaning of Yeshua HaMashiach?

So when we say “Yeshua HaMashiach” what does that mean? “Mashiach” is simply the Hebrew word for “messiah.” Which means, the Anointed One. “Yeshua HaMashiach” written out in Hebrew looks like this: ישוע המשיח. Often shared as a joke, many children actually believe that Christ was simply Jesus' last name.Dec 22, 2015

Here's another one I hear every once in awhile really. Don't judge me. You don't know me. One guy once mouthed off and then he said did I do anything. And I said yes I think you did. So I told him it's not good to resist when somebody's reaching out to you with the gospel sort of to speak. Hell is a real place. Another time during the spring I was at a public place and a guy sitting a couple of seats over dressed in black with a baseball cap started swearing and I hear him in the headset because I was listening to gospel songs. Somehow he knew how to do that. But I also heard him swear loud and insult me because he knew I was a Christian. So I rebuked him sternly. He got real mad and he dashed over to attack me. Then the guards came but I told him you need Jesus Christ in your life because buddy you're on the wrong road. His mouth was full of evil and this is a perfect participant for hell. So the reason I told you this if there are police on the sidewalk and somebody is causing trouble they have the authority to charge them or warn them and they have to make a judgment call. Street Preachers, Christians have a duty to pick up their cross everyday and also share the gospel and tell people about the good news as well as the bad news because hell is eternal. So yesterday particularly sometimes you get people that are reactionary people. I got one young fellow yesterday who thanked me. So there are people that appreciate it. As they say certain people will end up in hell then say why didn't anybody warn me. We do but you're not listening. 1:44 p.m. in the afternoon