The Simplicity of the Gospel 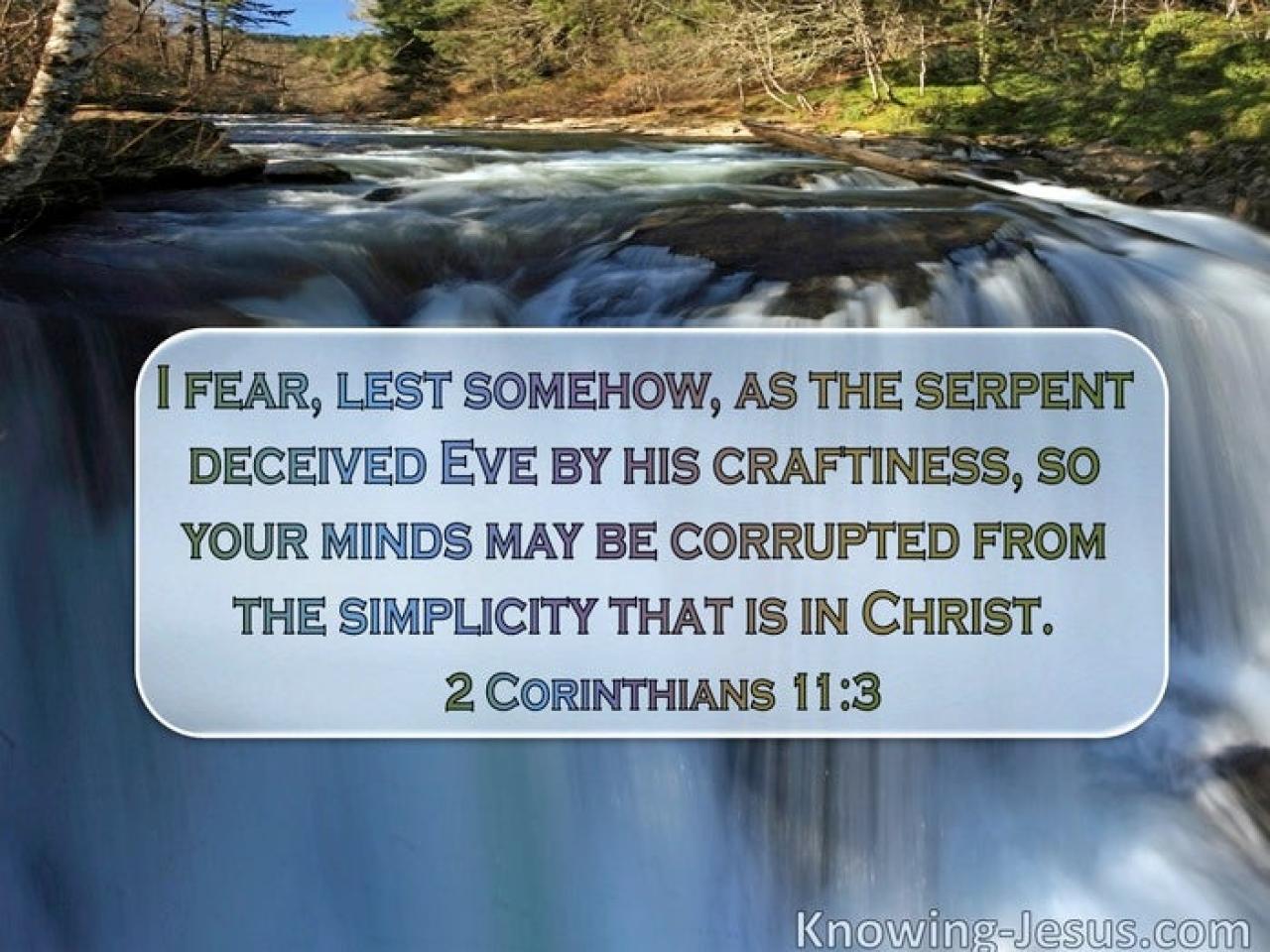 What is the Simplicity of the Gospel?

"This is a confession we believe in God, the Creator, and Sustainer of all things. He spoke in many ways through the prophets and finally in the revelation of His son Jesus Christ."

3 But I fear, lest by any means, as the serpent beguiled Eve through his subtilty, so your minds should be corrupted from the simplicity that is in Christ.

You see this is important and intriguing. Because as biblical believers we know the 2 Corinthians 11:3 coupled with John 3:16 that it's simple and a free gift. Apostle Paul further makes clear that we are not under the law and that you need the circumcision of the heart. Again and in John 3:3 we are told by Christ himself as he told Nicodemus the Jewish Pharisee that a man must be born again or in no like wise way he can't enter the kingdom of heaven.

It's easy to be led astray. Do you think many people throughout the centuries have been LED astray? Of course they have and probably hundreds of thousands died in their sins. That is just probably logic. Because the evil one deceives the entire planet as written.

Now particularly 4. above do we have people preaching another Jesus? Absolutely. We have people adding to scripture. I think it is very problematic they do so. Various groups add things either other books or human tradition. Some groups add works but the Bible clearly states as Apostle Paul clearly taught that your works do not save you and John 3:16 makes it crystal clear. So people do preach another Jesus. Jesus was a Jewish Messianic Jew. He was a Jewish rabbi that went to a synagogue that was despised and rejected. Isaiah 53 we do know that people receive a different spirit. Some have the spirit of the world because they're not in Christ they are in the world. If you follow another Jesus than the one described in the King James Bible how do you expect to have the proper spirit. So it tells us if you receive another gospel and that's why I sometimes mentioned Paul's gospel because Paul was an apostle and he did not preach works but he warned people. He even warned Idol worshippers in his ministry. The gospel is not by works or tradition. It is a free gift and you can't earn it. But you can be a good servant.

Although we warn people and we tell them the way is a straight gate and that many are going to be rejected on the day of judgement it's not that we hate them. We want them saved for all of their eternity. Only the truth can save you. Only the truth can set you free. On the day of Pentecost as described in the book of Acts John the Baptist baptized for the remission of sins in the Jordan River..

"The Baptism Site “Bethany beyond the Jordan” (Al-Maghtas) is considered by the majority of the Christian Churches to be the location where John the Baptist baptised Jesus."

What is the gospel simple?

"The foundation of the Christian life is our faith in the Good News of God's grace. The Living and True God is a God of justice and of mercy. Every person at one time bears the guilt of sinful rebellion against God and is separated by that sin from a relationship with Him."

What is meant by the Simplicity of the Gospel?

"In theology, the doctrine of divine simplicity says that God is simple (without parts). The general idea can be stated in this way: The being of God is identical to the "attributes" of God."

"The King James Version of Chapter 3, Verse 16 of the New Testament's Gospel of John, simply referred to as John 3:16, reads: “For God so loved the world, that he gave his only begotten Son, that whosoever believeth in him should not perish, but have everlasting life.”

How to be saved.

9 That if thou shalt confess with thy mouth the Lord Jesus, and shalt believe in thine heart that God hath raised him from the dead, thou shalt be saved. 10 For with the heart man believeth unto righteous; and with the mouth confession is made unto salvation.

You know we don't Ponder on hell for Doom and Gloom. Our standards are not his standards. Although we are not saved by works it is written to enter into life. Enter in at the strait gate. That is the right way.