His sheep are known by name 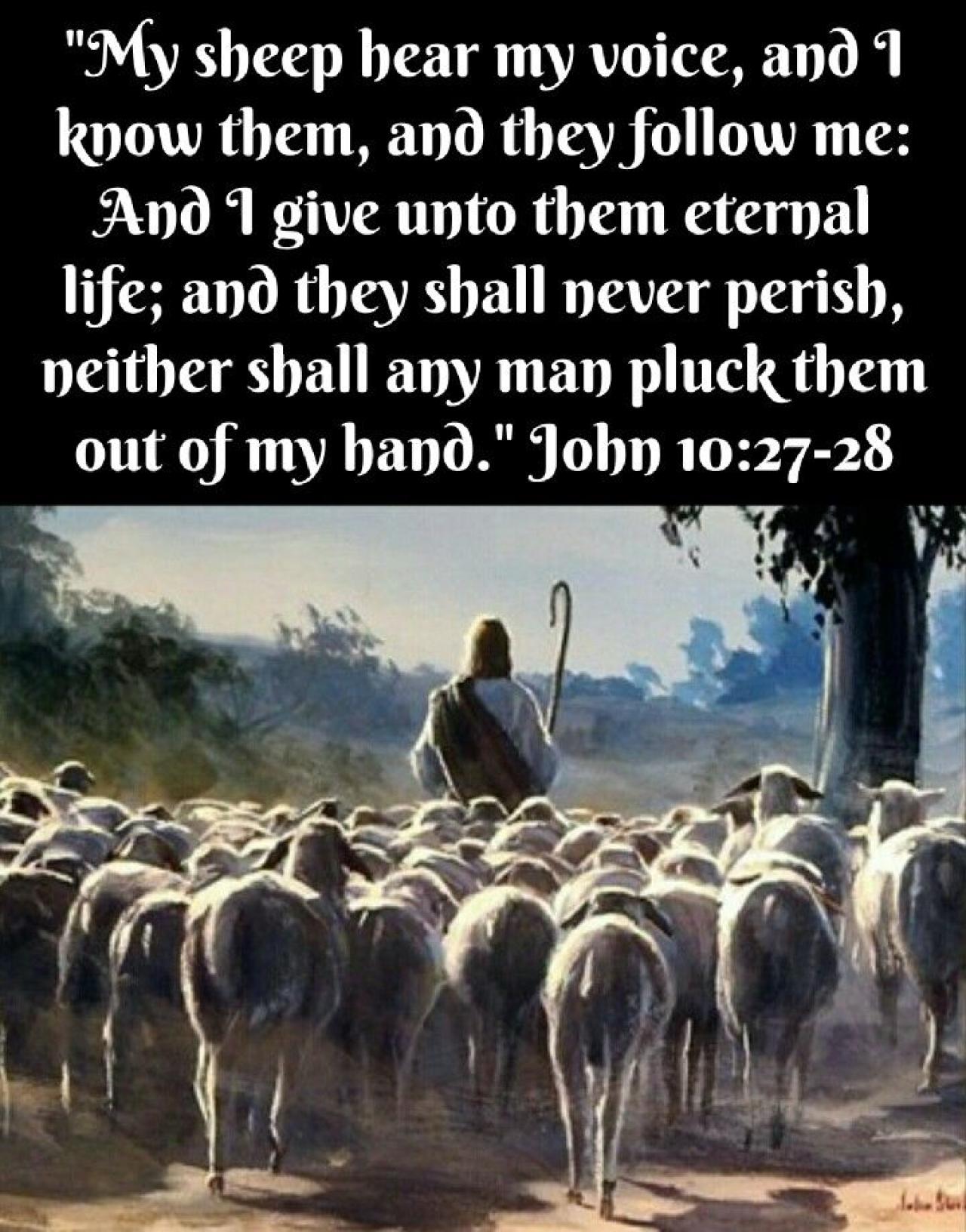 He knows His sheep by name!

Christianity is true. True biblical Christianity that came from Messianic Judaism originally Christ's original faith and it could have been altered from his day somewhat but even apparently from Isaiah 53 all the prophecies that came true were foretold. Even all the deception. John Lennon once said that Christianity will shrivel up and disappear but he probably didn't know the difference in the varying types of Christianity or professing Christianity. The Beatles were drawn to Indian religion especially George Harrison. Christ and his father are one of the same and some say it's the mystery of the godhead. It doesn't cease to be true just because Nations don't believe it or because people being atheists don't believe it. So what he taught about the life in Christ is a specific way to learn that you  consider him your lord and savior. But there are professing Christians or those who see themselves as Christians who do not obey him but obey a different type of Christianity that is far removed from Judaism straying away from the foundation laid from Biblical Christianity and even upheld by Apostle Paul later and people like James.. And even two thousand years later people confuse the name Elohim and Jehovah. There is the name Adonai in Hebrew for lord.

"Adonai is the plural of the Hebrew word Adon, which means “lord” or “master.” It was first used as God's title before it was used as God's name. The plural and capitalized Adonai is used because, according to beliefs, God is the lord of all humanity and thus is the “lord of all lords.”

The Holy Spirit in Jewish Hebrew is ruach ha-kodesh.

So I often talked about celebrities, icons and people well known particularly in music that have passed on and not lived a righteous life in Christ although some of them were professing Christians. It's easy to stray even for those not deceived. You see why the lord Jesus Christ said he knows his sheep. None of the Apostles once they were converted lived this type of life of unholy worldliness. You need to understand what the life in Christ is and it is the right type of life just as professed in John 10:10. His way is an abundance of life and it is the correct way that God tells us being the straight way to life. 10:44 a.m. June 2020 22

In case you want to research the various names for God here are some links. But God appeared onto Moses and said he has got Almighty and that is name is Jehovah.

What Does Elohim Mean and Why Is This Name of God So Important?

Now in my after notes Christ did meet with the Pharisees when they wanted to question him. He went to have some food with them and share some company with them. They were looking to question him and that is when the former prostitute had been there with the future perfume. He said she was thoughtful  in servicing him for his coming death burial but they seemed to do very little for him according to Christ. The reason I say this is because it has great implication but I'm not trying to get into this particular teaching at this time. But even Apostle Paul he went to the Ephesians and Galatians. He did go to preach in Rome. But he didn't go to the particular Romans who were following many different types of gods and hang out with them. They did  not live the life in Christ as Apostle Paul did. Once he was converted he was living the life in Christ. Yes he preached to different groups. But he finished the good fight and he took it serious to live that life despite that he was shipwrecked, at times hungry, beaten, betrayed and so on. He had an understanding way before the modern generation came about. There is really a fine line in living the way the master messiah taught but many people are not living that type of life. That's why he Christ told the Galilean's that it will be easier for Sodom and Gomorrah on the day of judgement then those people that refused correction of ( Repentance ) despite all the miracles done and witnessed.There are many true Christians living the real life and being obedient to Christ. Meanwhile there are thousands upon thousands of others that are professing Christians that do not obey him.  We can say it/preach it until you're blue in the face until Judgment Day and then there will be weeping and gnashing of teeth.

The life in Christ?

What does it mean to have the life of Christ?

Made alive by the Spirit

The salvation that comes through Christ's life is that He, by His Spirit and through His light and life, makes us alive. He yearns jealously for the spirit He has caused to dwell in us, but He gives more grace. As the light increases, the darkness decreases .

Those who die in Christ will see eternal life   and nothing can separate true believers.

Jesus prayed for his disciples and apostles that they be not taken out of the world but be protected from the evil one. A life in Christ is in essence also not to live worldly but to live holy. This is a command because he knows his sheep.