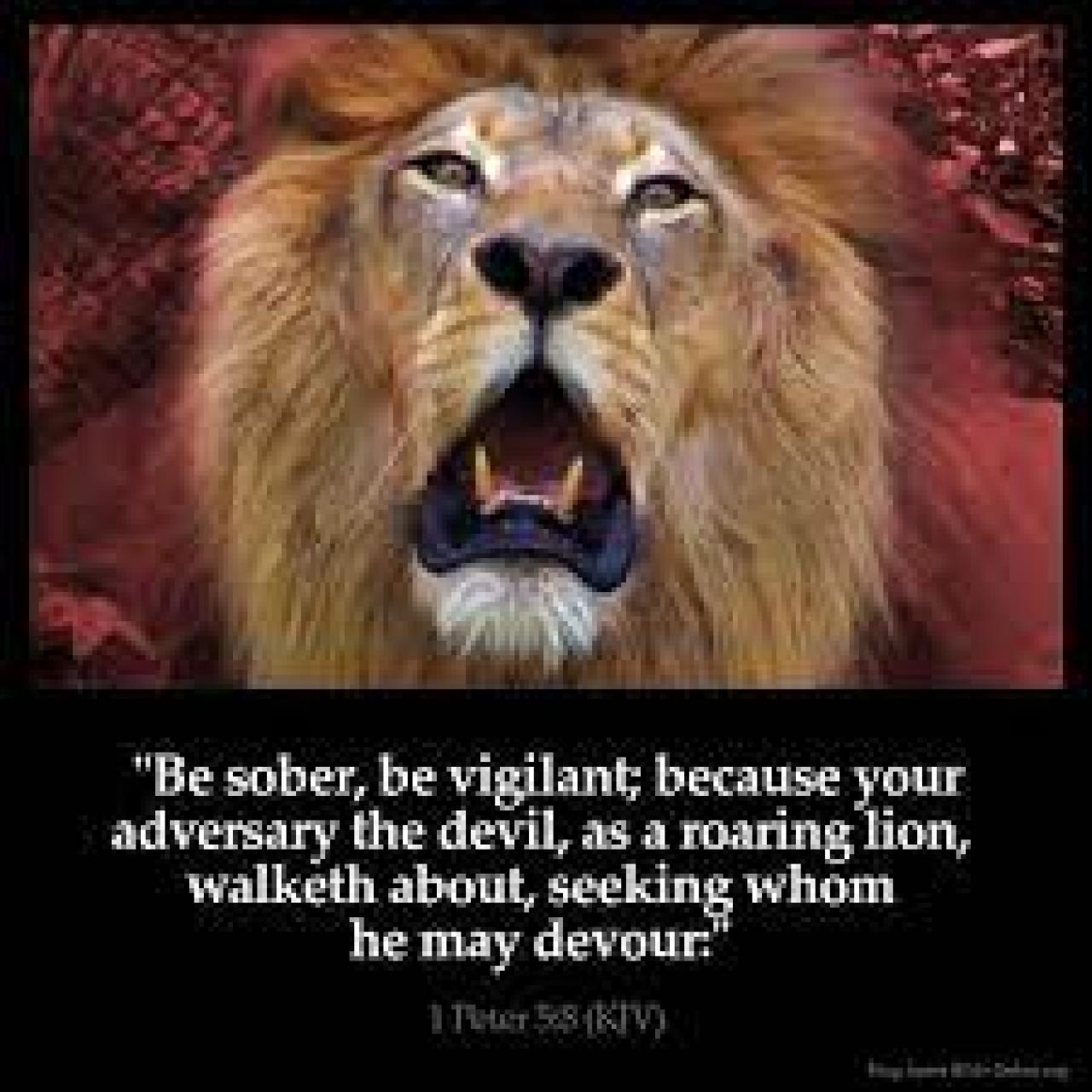 The world is in danger of nuclear threat. I think it is so high that they should be promoting peace at every turn and thinking about what they're doing. I think Christians should also be promoting peace and praying. That doesn't mean that we can stop promoting the gospel or evangelizing the gospel. People don't realize that it's very easy to lose their soul and end up in hell. Christ said few be there that will find the real way in their lifetime. That has a profound meaning.

Revelation 17 in the Bible is true and it's not too hard to figure it out. Most true Christians understand this. The Bible says : " But thou, O Daniel, shut up the words, and seal the book,  even  to the time of the end " . (Daniel 12:4) I'm not trying to get into that lesson but we're living at a time that even some true Street Preachers Christians seem to can't accept as now. I'm not pointing to all of them but I know of one who sort of dismisses the times. The Bible says pray to nobody else but God. You must be born again John 3:3 . Many reprobate's especially older ones if they die the first death they’re not going in the straight and narrow door and they're completely bypassing the real door. God tells us you will know them by their fruits. If you can really understand that and God has opened your mind and your heart you should be able to understand.

What is a Christian ? We can ask a question, with a question, what a counterfeit Christian is. They can't fool the real God (I AM) but they can fool millions of unsuspecting human beings into this system(s) of deception. But there will be a judgment and HELL is eternal. If such people that do these things were to truly believe they wouldn't be doing these things. The Bible says you will know them by their fruits . If we truly believe God like Abraham believed God and God has revealed it to our hearts then we are not in darkness. Many people love their sins and are absolutely ignorant to the true straight way. John 10:10 It is said they despise their own soul. Many celebrities that live and glorify a life of sin are reaping the world and don't understand that they're on the wrong road and trying to go in the wrong door if they claim to believe at all. It must be overwhelming for such people to have such celebrity status, such fame yet the great score of them are not even true Christians. And if any were raised in true biblical Christianity they easily sway away and start to despise their own soul. You know the lord Jesus Christ gave the parable about the man wanting to buy the field that he would sell everything he has just to buy that field and that should tell you a lot. Judas sold out his own master and he was an apostle. Peter the Apostle denied Christ three times. But many martyrs did not love their own lives to the death. Apostle Paul finished the good fight. John the baptist's life was taken by the evil King.

A true Christian believes God's word and is most likely born again. A true Christian might not be perfect in everything/every way because only God is perfect but they have refrained from living a total life gripped in sin. They believe God and what is written in the Holy Bible. They believe in the death, burial, and resurrection of the true biblical Jewish bread and born Jesus Christ. (Emmanuel God with Us). They believe he was a Jewish rabbi on Earth. Before the World existed he was. (Word of GOD) (logos) They have spiritual understanding and they see things the way God sees things mostly. They truly understand what the cross is. They deny themselves. They do live a redeemed holy life. They know God now and God knows them. They are not religious but they have a relationship and are grafted into the body of Christ. It is said they have a prayer life and worship the true Messiah. They don't practice false hoods although some paganism might have seeped into biblical Christianity. They are not trying to earn their salvation. When they do something it is out of the abundance born again nature of their redeemed heart. They share the gospel (Paul's gospel) as stated in the book of Timothy where it is written to teach no other doctrine. Salvation is by faith alone through grace alone and not by works. As written in the Holy Bible woe to them that practices false hoods. True Christians are studied and show themselves approved. The heart of a true Christian is in right standing with the true God.

Joe Rogan slams TikTok: 'It ends with China having all of your data'

U.S. officials have previously warned that TikTok, owned by a Chinese company, poses a threat to American security

"So all your apps and all your file names, all the things you have filed away on your phone, they have access to that," he said. "'File names and types, keystroke patterns or rhythms.'"

Look up the complete article on Fox News.

We are living in the evil day. It's not like we go around and we want to blame the generation of today but Christ did say it would come a generation that is so vile and so wicked actually the worst ever since the beginning of the creation. This is it.

You know they say the technology is incredible today and now they have what's coming/came as electric cars but these need electric charging stations similar to gas stations but with technology comes risks. You would have some sort of risk from electricity. Right now they don't know all the risks but in due time they might. I guess you can understand that they think that would save gasoline. They already have electric bikes but some of them are very expensive at this time. In terms of information it is prophesied that in the end days there would be a huge increase in information. Today they have so much fraud and with the DE-funding of the police how are people supposed to do their job when it was reported an entire police department resigned. But due to what is going on and due to the intricate applications I think it's wise for Christians to be wise and vigilant. It's reported they have catch and release in the United States to do with criminals. They just keep re-offending. It's all going to come to a climax one day when the New World Order comes into play and freedoms will be no more.  Are you saved or have you been deceived?

1. Paul, an apostle of Jesus Christ by the commandment of God our Saviour, and Lord Jesus Christ, which is our hope;

2 Unto Timothy, my own son in the faith: Grace, mercy, and peace, from God our Father and Jesus Christ our Lord.

3 As I besought thee to abide still at Ephesus, when I went into Macedonia, that thou mightest charge some that they teach no other doctrine ,

“ Submit yourselves therefore to God . Resist the devil, and he will flee from you.”

Calling for Evangelical labors and  here  is a Blog in that regard.  (@)