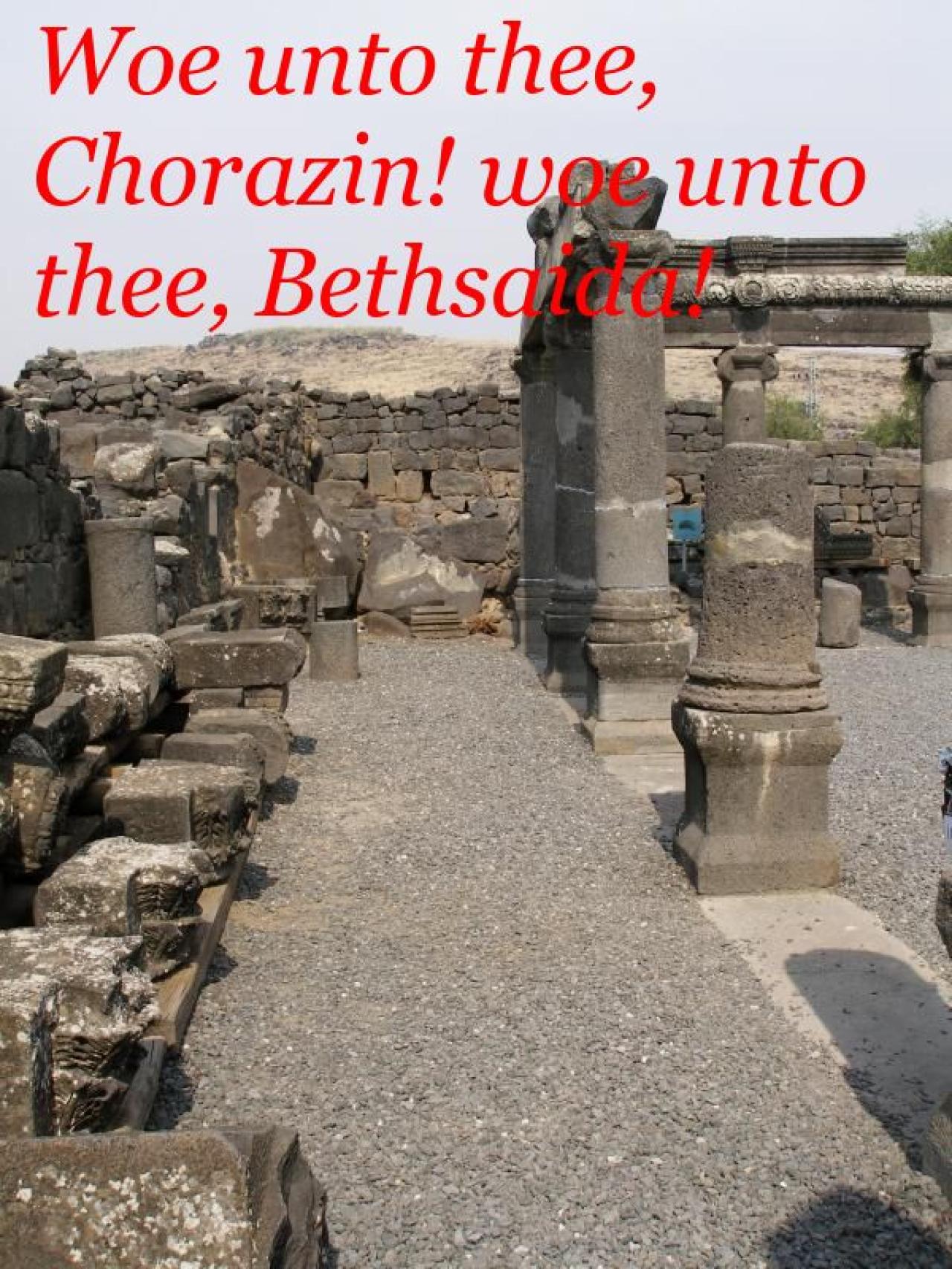 The seriousness of non repentance

Christ was not a pushover that people believe he was. He was a Jewish Rabbi that was rejected of his own just as Isaiah 53 had prophesied.

He sent many prophets into the world to warn people and turn people/Israel back from their sins. Many people fell into idolatry and this is very true. He's not the pushover that you would think he is. Yes he could have got himself down from the cross but that was not his mission. He knew what he had to do and he cried out to his father if there was some other way that the cup might have passed him by but he knew the father's will have to be done. He demonstrated what is in store for those people that love God. And people persecuted the true Prophets too and in the Book of Revelation they're crying out for their deaths to be avenged which God will eventually do as we Know God does what he says.

He cursed Galilee and other cities for failing to believe and even repent. He told the Pharisees how can they escape damnation of hell. You might reason well this is Hell on Earth as Hitler sure did Evil to them. They were even exiled because they broke the Covenant and you see it's a fearful thing to fall into the hands of the Living God.  People that don't know God don't know how God works and when God decrees something it comes to pass. Nothing can stop it. Not even the devil.

You see judgment starts at the house of God. He didn't go to some other Nation and do this.  " And thou, Capernaum, which art exalted unto heaven, shalt be brought down to hell: for if the mighty works, which have been done in thee, had been done in Sodom, it would have remained until this day. But I say unto you, that it shall be more tolerable for the land of Sodom in the day of judgment, than for thee ."

Christ cursed two or more cities that he had done mighty works and there is a great write-up and I'll provide the link. Think of Street Preachers they go out there and do their hard work to save souls. They go further than church building preachers in a different way because they're out there where the sinners are and the abominable ones that are doing abominable sins that leads straight to Hell. Imagine if street preachers are out there for a month and preaching and they realize a year later that this place is only worse and they go back as men of God and pronounce a curse in the name of the Lord in this city or this town would be in grave trouble. Perhaps they don't do it that way and they give it over to God. In prayer they would turn it over to the Lord for judgment. But Christ actually being the son of the Living God cursed these cities. You see the wages of sin is death. And judgment starts at the house of God. Sin is very serious to the Living God and I recently wrote about the Ark of the Covenant and how God dropped dead a whole bunch of people  who just for looking at it. And there is a write-up why God would do this where they explain it in detail.

If you die in your sins unsaved you might be in  huge trouble as you will appear before the Council of God and have to give testimony based on your life. It probably will be the most embarrassing thing you could ever imagine if you're not first thrust into the Lake of Fire. While you have the breath of life on this planet make sure you repent because the fear of the Lord is the beginning of wisdom. Hell is not fiction.

And as written nations of forget God are turned into hell

As written, the Earth is the footstool of God. And the depths of Satan are extreme. Yes God is sovereign but men are ignorant to believe in God at the same time casting away his authority and commandments. So you have the evil fighting against the righteous. But then again during the process they have made the house of God into a den of thieves.  And it's simply spelled out in this Palm 2:3

Let us break their bands asunder, And cast away their cords from us.

See and read the article the cities Jesus cursed .

In footnotes please remember that God also destroyed Sodom and Gomorrah. This was done on Earth not some other planet. We know that God has reserved judgment for the entire planet in the Book of Revelation. So get right with God because hell is real and will be there. Choose this day whom you will serve as you cant serve two masters. Cry out, call out to the Lord to save you. Pray!