Speak not evil of one another 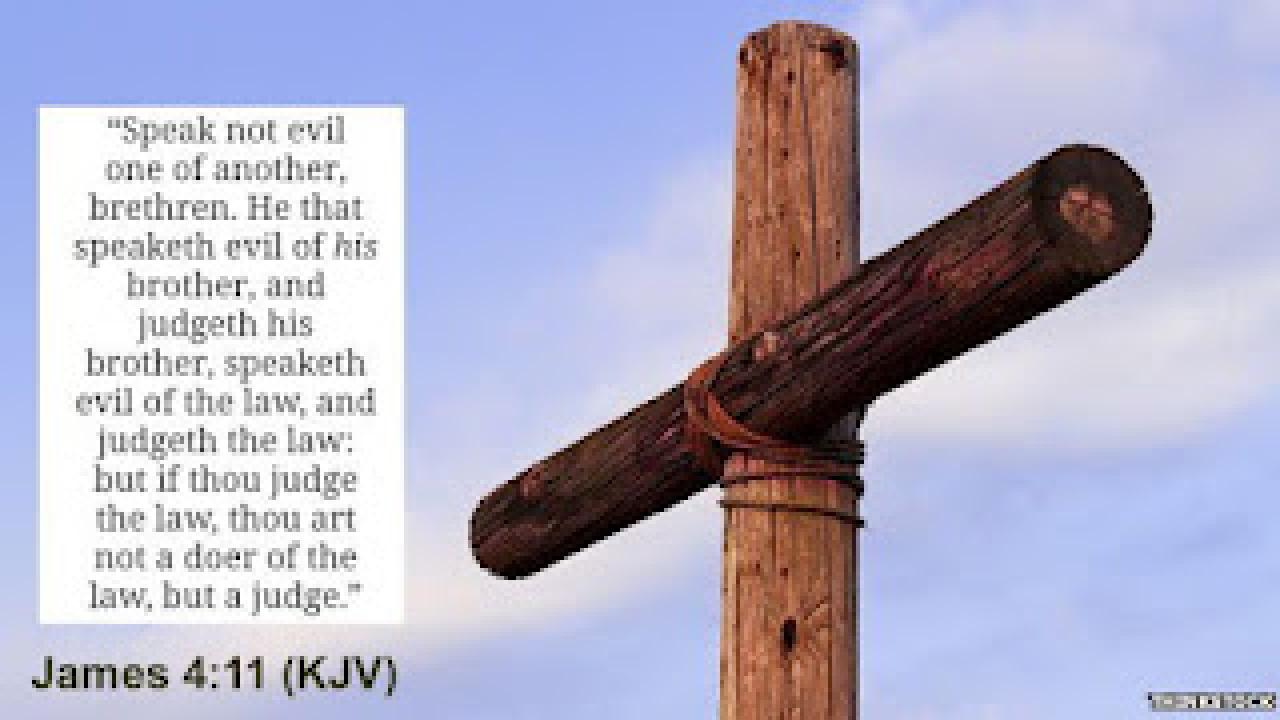 
He gather them at a place called Armageddon

W arning ..the lake of fire 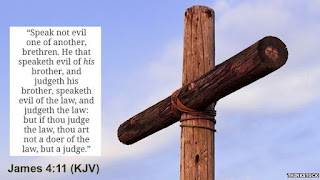 Speak not evil one of another, brethren

I read that a Christian or a true Christian if they are english speaking or one fella had the idea that if they use any other name but the name Jesus they are in essence not a Christian. This is their own interpretation.

There's a lot of Christians out there who say the name Yeshua. Because people have a lot of different imprints of the name Jesus. There are saved, fantastic skilled street preachers with signs saying Yeshua and they say both names and their saved. Just because you may think they are not saved doesn't mean they are not saved and this is treading upon dangerous waters.

Remember the foundation was Jewish apostles and Christ himself was Jewish and they came from Israel. So was John the Baptist. Christ said the Jews know what they worship at that time. The Messiah was Jewish on Earth. He is raised in glory. This is judging unwisely and wrongly judging your brothers or sisters in Christ.

I never knew you on judgment day has been said it's most likely counterfeit Christians that use the power of his name to cast out demons even do good works. We know it's not atheist and we know it's not really most likely other religions but biblical Christians. I've studied this in depth and realized it's true Christians too. l'v e never seen counterfeit Christians casting out demons but yes they do good works. Most of them are worldly and don't live the Life in Christ but live the life in the world of sin, flesh and the devil. True professing Christians that are abusive are not doing the right thing. They can claim anything. Many Christians judge the hearts of other Christians which is dangerous territory. This is when it starts to get in the territory of cult-ism. You see we only have one high priest and his name is Jesus Christ of Nazareth, or we can call him Yeshua or we can call him Emmanuel. Either way it's the heart that has to be right with God. John 3:3 He was Jewish on earth and the name Jesus was not around in the first century in that form.

Here is the danger you become a Christian and God knows your heart then you meet other Christians even ones that have ministries and each one of them is claiming to do the work of Christ which we probably don't doubt it anyways but you realize they form their own centralized opinions and eventually if you don't do it their way you're not a Christian despite that you believe the Bible. Despite that you know a transformation has taken place. If any of them says they are perfect they are liars. None of us are perfect only God is perfect and we should not be arrogant or prideful in thought or deed even as true professing Christians. You know it is written if you hate your brothers how can you love God.

“If a man say, I love God, and hateth his brother, he is a liar: for he that loveth not his brother whom he hath seen, how can he love God whom he hath not seen?” ( KJV )

I see all sorts of things out there. I see Christians with ministries judging organized religion and different denominations. I know about John 2:16 and what has been revealed countless times to my heart but we should seek not to condemn them which so many like to do. You know if you judge in this way you are judging the law itself.

"Brothers and sisters, don't say anything against each other. If you criticize your brother or sister in Christ or judge them, you are criticizing and judging the law they follow. And when you are judging the law, you are not a follower of the law."

Now true Christians should know who Christ truly is and who God truly is. Have you ever been into a synagogue and met a Jewish Rabbi? A lot of people that have never even befriended a Jewish person don't really have a very good understanding of Jewish people. We have a lot of true Christians that have never befriended a Jewish person or even been in a synagogue. You might say it's not important. You might say I'm not Jewish and I'm a gentile. Okay fine. But you see what's happened is the evil one has painted the characteristics sort of to speak of an anglo-saxon white Messiah. When you think of Jesus you may have the tendency to think of him as this white western fella. And even if you go to the Jewish people you might say oh they are not the Jewish people from the first century they are another people. You can make all sorts of excuses. For example take Elvis Presley he came from Memphis and he had a distinctive look and distinctive style unlike any other man in the world but say he died and 500 years later they said he was some guy from China or from the Philippines and they even take the images maybe some of the songs from some guy and slowly convince people this is where he came from and this is who he is. Well we know where Christ came from. But the problem is so many different christs have been sold onto the world. The Bible clearly tells us who he was on earth but of course there are the missing years. He was a Jewish Rabbi. (The son of GOD) He was a Jewish Hebrew who probably spoke a dialogue of the abrahamic language. And when he comes back where is he going to put his feet on the Mount of Olives.

"Then the LORD will go forth and fight against those nations, as He fights in the day of battle. And in that day His feet will stand on the Mount of Olives, which faces Jerusalem on the east” Zechariah 14:3-4

Christ said condemn not. He said for the judgment you use it will be used against you. Anybody can be a hypocrite. Biblical Christians can absolutely be religious hypocrites. And you say you have the right to judge another persons fruits. People make videos about people online without ever having met them.  Condemning another person's ministry is not wise and it's not love. If you have a problem with them meet them and tell them.

Although this wasn't an immediate anointing I think brother Adam is a wise servant of the Lord. He's thorough and he searches even within himself. None of us are perfect but this is a very good sign.