Back to ground zero 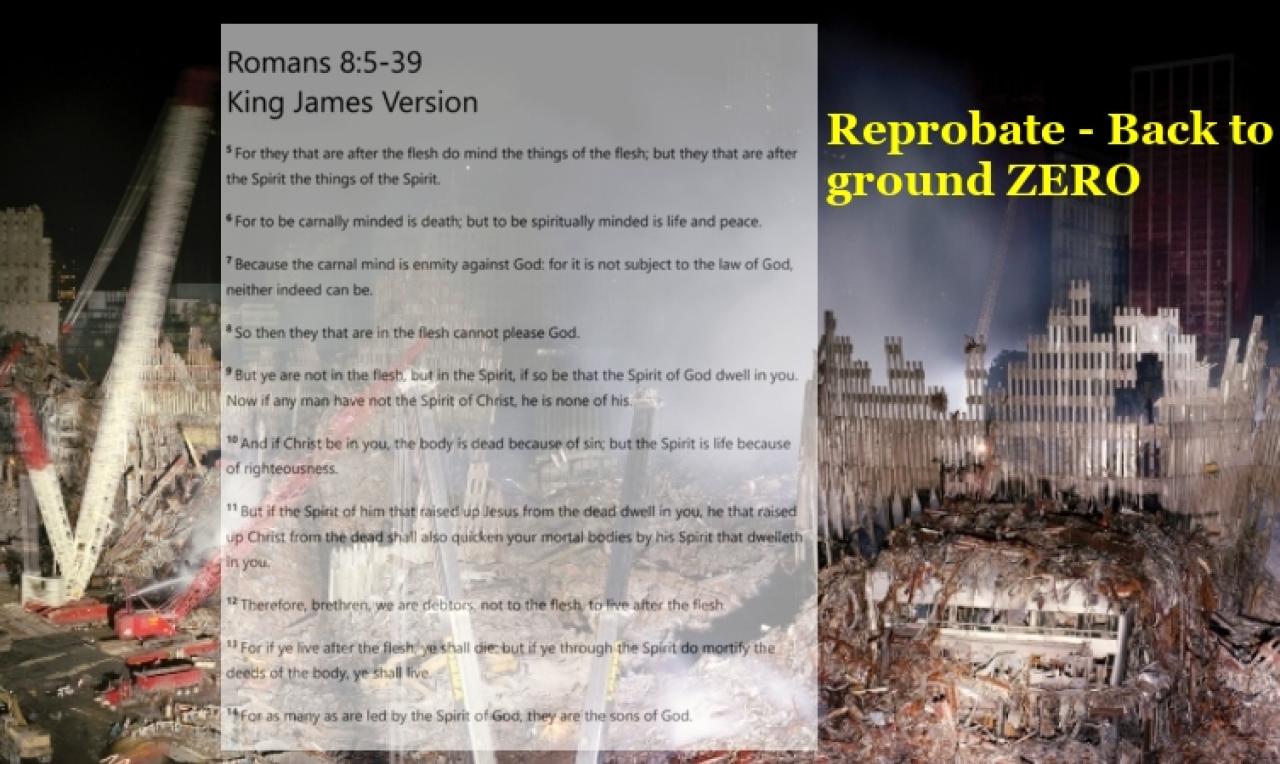 You see this is something that has to be not only spiritual being the back support but it is virtually impossible without God. But remember greater is he that is in you than in the world so I do feel it is possible but humans love baggage.


Back at Ground Zero

Eve disobeyed God . We weren't there. But God was. Temptation came on to her. She was told and inspired by the devil a cherubim Angel that her eyes would be opened if she disobeyed God. Matthew 18:9 Many have a mouth of death and they disobey God every single day thinking they won't go to hell if they were to die that very day. King Solomon understood that the whole duty of man was to obey the Commandments. Remember he was from a long time ago and he wasn't perfect either. The truth is many people don't know God and they're full of religion. The world is massively deceived and people "some" when you try to deliver them out of that they cling to it like life and death. They go back to the false teachers being the false apostles of modern-day and they lie to them and entrap them just like the Pharisees did from the Sanhedrin. Christ said that they shut the door, they don't enter themselves nor do they let others enter. With all their paraphernalia and all their religious dress to be seen/praised of men they neglected the more important matters of the law—justice, mercy and faithfulness. Christ said " You should have practiced the latter, without neglecting the former ."

I've come across repeat offenders that I bumped into before maybe a few months later or a year later or a couple years later and some doing the same things and I have a talk with them about the gospel and about hell and about Christ/GOD. For example today it was a lady smoking and I said to her about George Harrison smoking and what type of cancer he got. She said I've been smoking 50 years and I'm fine. I said you go home stinking and you might think you're fine but if you die today would you go to heaven? You know what she said? She said you're right. ( I told her she can overcome ) You see when we don't know God despite that we might have a job in a professional position  career that doesn't mean we have God but we might have deception. Many people have religion but they don't have God/Christ and they cling to their fornication and their self ignorant deceived blindness forsaken real life in Christ when trying to reach them. They love the deception. But if they were to breathe their last breath and see hell they wouldn't love the consequences because the wages of sin is death which means eternal damnation. Very few people are thinking of that and they're trying to reap the world and they totally misconstrue the meaning of life.

I read that the guy that sang Pretty Woman Roy Orbison when he died they asked George Harrison sitting with the Traveling Wilburys  in an interview are you sad and how are you dealing with it  he said he's still here  and his spirit is with us. That is ignorance because when you die you know nothing of earth you're either in Hell or Heaven. The same thing when John Lennon died I read the Paul McCartney said the same thing his spirit is still with us and he actually said this in a televised awards show (Via TV) whatever they were  doing in that day. John Lennon believed in himself and did not believe in Christ. He said Christianity would shrivel up and disappear. He didn't believe in his own maker. He believed in success which is reaping this world. You can't serve two masters and it is crystal clear that the apostles and disciples had a cross the bear. You know Christ said that the least in the Kingdom of Heaven is the greatest. Jesus makes this exact kind of comparison in Matthew 11:11: “ Truly, I say to you, among those born of women there has arisen no one greater than John the Baptist. Y et the one who is least in the kingdom of heaven is greater than he .” He also said people who teach to the break the commandments will be called the least if they make it at all in essence. Now look what is written:

21 And you, that were sometime alienated and enemies in your mind by wicked works , yet now hath he reconciled.. Colossians 1:21 KJV

So we are without excuse and we can confess it but you can't force people to do it because it's the Holy Ghost who is the teacher. But you can preach, teach, minister but it's the person that has to be willing to do what is right and the perfect will of God.