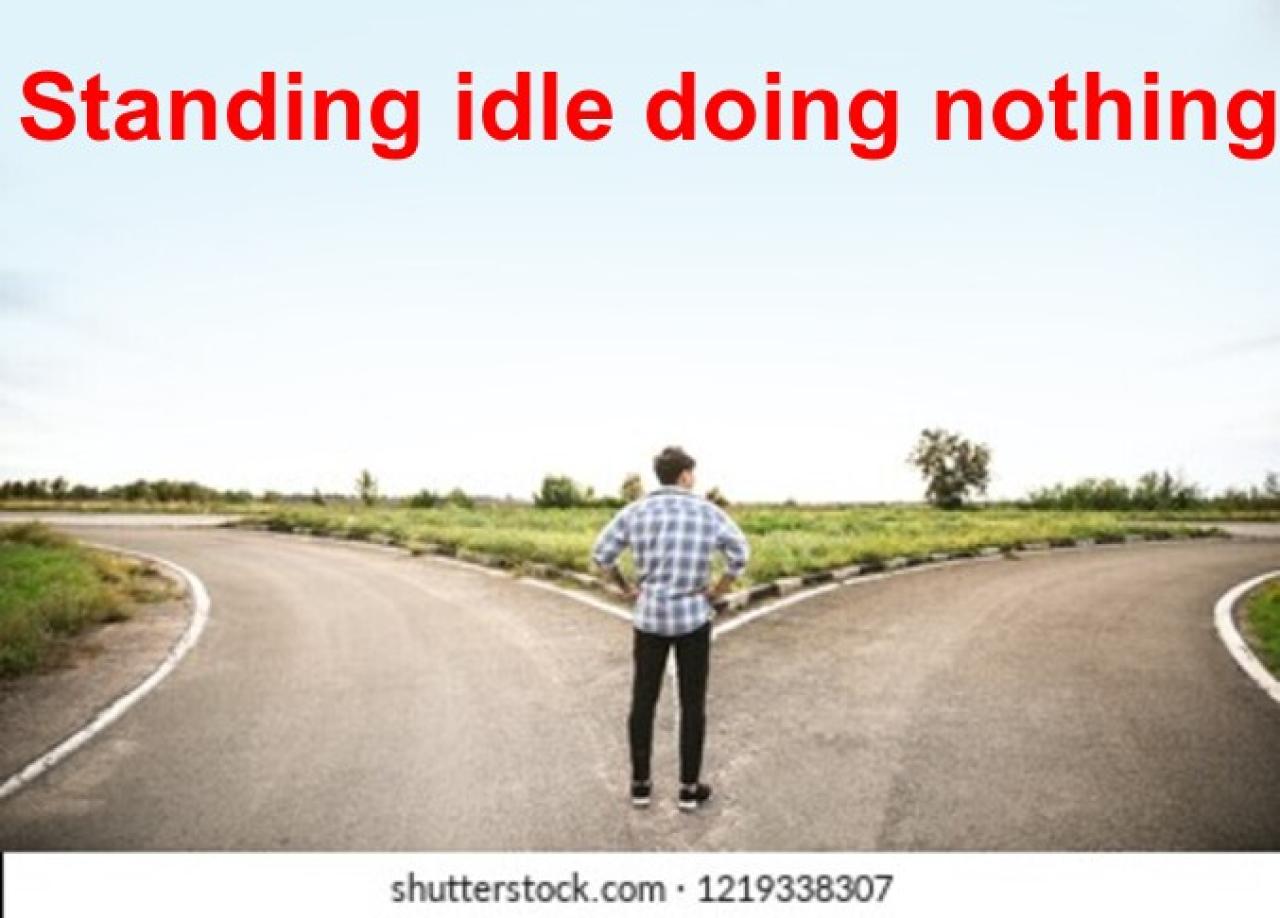 It's not about Good Works but being a servant and a faithful one. He said occupy until I come. But many Christians are just waiting to be beamed out.

I just need to bring something to your attention. Once you truly know Christ and you have been born again you realize you were never saved by doing good works because salvation is the gift of God as written in John 3:16 and reaffirmed to me more than once. John 3:16 goes beyond that and Jesus, said to be a doer of his word. He did many wonderful works. But you see you are not trying to impress God by your own capabilities because God highly esteems a contrite man or women. You know the Bible says that a God fearing women is like a jewel and she is priceless and to be highly esteemed. The Bible says the wages of sin is death and people are accumulating sin to the point where it's an ocean of sins and I need to explain this. At the same time the book of James is just like the Book of Revelation sort of pushed away by many. I knew a woman once that was not interested in the Book of Revelation because it's too harsh. So my point is you have to be a doer of the word of God. A good man or woman brings forth worthy good fruits. They're not just things you do but your own character of what is on your tongue. Is it swearing or insulting people? What is in your heart? So you see the Bible says occupy until I come. Christians have sort of been influenced by the prosperity gospel where God just wants you healthy and rich as possible. Almost like we have nothing to do but just get saved and sit idle. There's a passage in the Bible about people sitting idle. Look what is in the book of  1 Timothy 5:13 “And withal they learn to be idle, wandering about from house to house; and not only idle, but tattlers also and busybodies, speaking things which they ought not.” (KJV). UN-fruitful gossipers. Doing nothing for the kingdom of God. Lazy lofers. Just wasting the life God gave them. To bury the talents God gave them. Even if we look at Matthew 20.6 look at what is written "And about the eleventh hour he went out, and found others standing idle, and saith unto them, Why stand ye here all the day idle so here is a fair explanation..

What is the lesson of Matthew 20?

"Jesus explains that greatness in His kingdom is not about ruling over others as the Gentiles do. Instead, those who would be great should serve others. Whoever would be first must be a slave to the others. After all, Jesus has come to serve and not to be served." It is even affirmed in the book of James as scripture tells us, “It is a sin when someone knows the right thing to do and doesn't do it” (James 4:17)

17 Therefore to him that knoweth to do good, and doeth it not, to him it is sin.

You remember there used to be a human phrase what have you done for me lately?

The instructions of the Lord were to make disciples and to preach the gospel unto the world. Feed people and visit the widows. On a basic quick search which seems reasonable and proper..

"God gave us a path of righteousness to live by, and He showed us the right path to live and gave us the instructions to pass down to our children and the society that we live in. The instructions that God gave teaches mankind how to live right, treat others, how to love, forgive and what to do and not to do." Jun 3, 2018

Again it's reaffirmed in scripture

22 But be doers of the word, and not hearers only, deceiving yourselves. 23 For if anyone is a hearer of the word and not a doer, he is like a man who looks intently at his natural face in a mirror. 24 For he looks at himself and goes away and at once forgets what he was like.

In my afterthoughts and after notes we need to gives thanks to people like nurses and doctors, ambulance drivers and people of such. Even people who do simple tasks as a garbage man. Sometimes people do more who are not even Christians and that should be a shame to ponder that to a Christian. Love is to do. And give God thanks daily. Remember Christ said people search the scriptures for in them they think they have eternal life. His sheep hear his voice and they obey him.