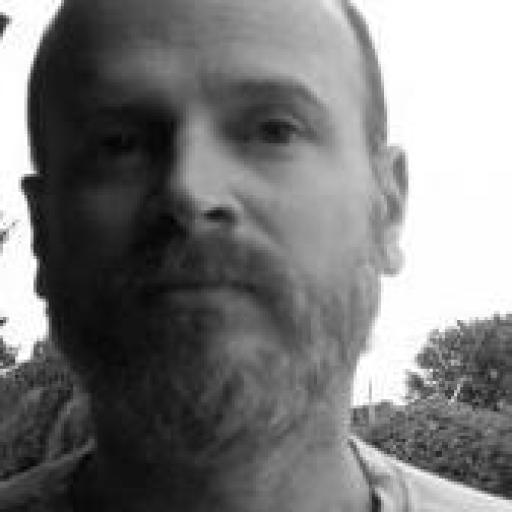 
By Joe La Bianca, 2009-03-01
2 Timothy 2:15, “Study to show thyself approved unto God, a workman that needeth not to be ashamed, rightly dividing the word of truth.” Do you do this? Do you understand this? Perhaps you gave this verse a quick going over so that the word “Divide” played no part in your understanding of it. Maybe the translators left it out of the version you read? But that word is in the original Greek for a reason, a reason that will set you free!
“Orthotomeo” is Greek for ‘rightly divide’, or ‘making a precise, straight cut, to dissect.‘ We are told to precisely cut or dissect the Word of Truth. Are you doing this? I think we read the Bible too rapidly, to get our chapters in so we can feel holy. Why should we divide the scriptures? Why does Paul tell us to separate the scriptures from each other? And which ones should we separate? What is it about the scriptures that they need to be separated? Why did Jesus say to not put new wine in old skins? Why would that destroy the wine??? Did you...
Posted in: default | 2 comments


By Joe La Bianca, 2009-03-03
Where is Boasting
Category: Religion and Philosophy
Romans 3:27-31
Where, then, is boasting? It is excluded. On what principle? On that of observing the law? No, but on that of faith. For we maintain that a man is justified by faith apart from observing the law. Is God the God of Jews only? Is he not the God of Gentiles too? Yes, of Gentiles too, since there is only one God, who will justify the circumcised by faith and the uncircumcised through that same faith. Do we, then, nullify the law by this faith? Not at all! Rather, we uphold the law.

Here is a passage that legalists use to justify following the law. Their false interpretation goes against the entire context here. They claim that Paul is teaching us to establish the law of works in Romans 3:31. But Paul is saying just the opposite. He is telling us to establish the new law of faith, or the principle of faith, which says we are saved without works, see Rom. 3:28. In this section, Paul is telling of two...
Posted in: default | 4 comments

The Devil is a Donkey


By Joe La Bianca, 2009-03-05
The Devil is less than a donkey. From Genesis 3 it is clear that God was talking to Satan. Verse 15 is proof of that. It’s the first prophecy about Jesus and the cross, how He defeated Satan there. God demoted Satan to something less than cattle. Once this angelic creation was filled with beauty and music. Now, because of pride, Satan is less than a donkey. The snake, which was the animal Satan used, is a physical reminder of the lowness of the Devil. Anyone who rejects the Savior Jesus will also lose the high status of being created in God’s image and will be cursed to eat dust. Many believe that they are animals descended from apes. They believe this without any evidence. How? How can those created in God’s image believe they are animals? Because cursed Satan, who was demoted to less than donkey status got people to believe his lie. He isn’t going to be the only one who is a donkey. He’s going to bring many along with him. Don’t let it be you. You want to believe that you are an...
Posted in: default | 0 comments

Trying to earn right standing with God is a joke. We should never think that we are good enough for God? Listen, if God wanted to, He could condemn us this very moment for something in our lives. It doesn’t matter who we are; He could find something about us that would send us to hell.

God sees things that we are not even aware of. The reason why people do not go to hell, is because of God’s mercy in Christ. There is nothing about our lives that contribute to salvation. There are things in our lives that could justifiably damn us; things of imperfection. Thank God that He doesn’t damn the imperfect. He could, you know, but He doesn’t, if we believe the Gospel. If someone doesn’t believe he is imperfect, that is the same as saying he does not need to grow. Are you finished growing in Christ? Are you just as good as Jesus in your flesh? If you are honest you will say “no.” Christianity is the only faith, that believes in a personal God, which doesn’t try to indebt...


By Joe La Bianca, 2009-03-12
Romans 10:1-4 by Joe La Bianca
Brothers, my heart’s desire and prayer to God for the Israelites is that they may be saved. For I can testify about them that they are zealous for God, but their zeal is not based on knowledge. Since they did not know the righteousness that comes from God and sought to establish their own, they did not submit to God’s righteousness. Christ is the end of the law so that there may be righteousness for everyone who believes.

God laid in Zion the stumbling stone of Jesus. God did not say that He put the rock of offense in another place, only in Israel. The stumbling stone is said to be lying in the Jewish homeland because Israel tries to attain salvation by works of the law, and not by faith in Jesus alone. Israel finds it hard to let God save; instead, Israel tries to save itself. The legalistic church also tries to save itself, and so Jesus has now become a stumbling stone for much of the so-called church. The legalistic church has abandoned...
Posted in: default | 0 comments

At just the right time Messiah died. Someone will claim to be Messiah in the future, but it will be the wrong time according to Daniel. Prophecy declares Jesus of Nazareth to be the one and only Messiah. All others are fakes and phonies. Daniel 9:25 and 26, written in 607 B.C., is proof positive that Jesus is the Christ. A commandment went forth, a decree of King Artaxerxes, to restore and rebuild Jerusalem. This happened in 444 B.C., and was the beginning of the countdown to Messiah’s sacrificial death. Daniel says there shall be seven weeks, or 49 years, allotted for the rebuilding of the city and the wall. History tells us that this happened...
Posted in: default | 4 comments


By Joe La Bianca, 2009-03-17
Some people reject Christianity because of wrong reasons due to their misunderstanding. They ask, “How could God demand for His Son to be killed as a blood sacrifice?”, “What kind of cruel God do Christians serve?” They are convinced that they are correct in their thinking, and there exists no other reasons than the ones they so confidently affirm. But they have not considered something. They have never comprehended the reason which nullifies all their false, hotly voiced complaints.
First of all, Christians do not believe in any present tense blood sacrifices. It says in the Bible that Jesus was sacrificed, once for all time. It is finished, so don’t point your finger at us in self-righteous indignation.
God is not, nor was he ever, in heaven demanding death and blood because he is angry and only violence will quell His indignation. If you understand God to be like this, your condemnation is deserved. How dare you make God like you. You think the worst of God because you...
Posted in: default | 0 comments


By Joe La Bianca, 2009-03-25
Romans 4:1-3
What then shall we say that Abraham, our forefather, discovered in this matter? If, in fact, Abraham was justified by works, he had something to boast about – but not before God. What does the Scripture say? “Abraham believed God, and it was credited to him as righteousness.”

Abraham was the first Jew, the one whom Israel called ‘father”. It is strange that the one Israel holds up as their progenitor, the one so highly esteemed by them, was the first believer. Abraham totally contradicts Israel’s method of salvation by works. They should use someone else to lift up and take pride in. Paul, in Rom 4:1, calls Abraham our
forefather. He is the first Christian, for he was the first to trust in imputed righteousness.
What did the patriarch of Israel discover about the matter of salvation? Is the teaching of Jesus Christ something new, or does it go back to the beginning? If Abraham was declared righteous because he was good enough, then he had something...
Posted in: default | 0 comments
Scroll