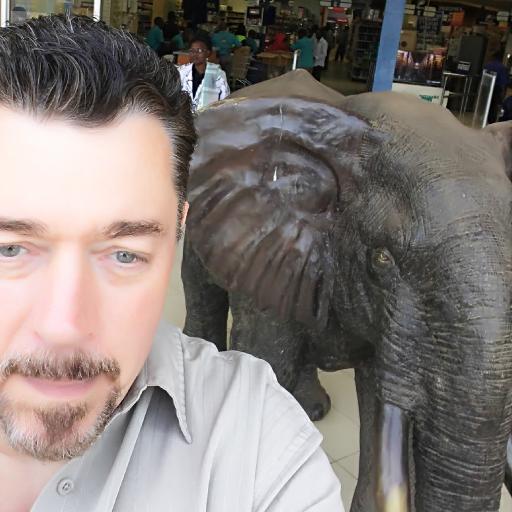 Tough Love - In the Furnace of Affliction 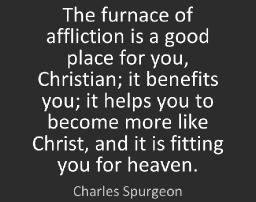 There are different causes of suffering, much of it is caused by sin. It is often horrific, senseless, and certainly not the will of God. Rather, it stems from the abuse of free will by created beings (angels or men) and results in judgment by God.

To understand why God PERMITS such things to happen, I recommend this article - Why Does God Allow Suffering?  Below I will deal with a different kind of suffering, the kind that is CAUSED directly by God

The Bible is full of references where God causes hardship, suffering, sickness, and even death. Atheists and skeptics often use these verses to attack and...

Jesus - The Rock of Offense 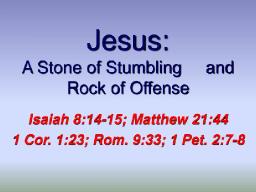 There is a foundation (a rock) spoken of in Scripture - which is Christ.

I once had a Messianic Jew try to tell me that Eph. 2:20 teaches that the Church is built on the apostles and prophets, rather than Christ. Although he claimed to follow Yeshua, his Jesus was just another prophet, less than divine, and for him the New Covenant did not supersede the Covenant with Moses. 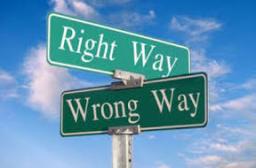 There is a tremendous amount of confusion in Christianity over the most basic and elemental question - what must I do to be saved? Believe on the Lord Jesus Christ, yes, but in what sense? That is a loaded question! The word "believe" means different things to the various schools of thought within Christendom. Let's take a brief look at what is being taught and compare it with the word of God.

The Catholic Church maintains that it is possible and necessary for the human will to cooperate with divine grace. For them, that means participation in the seven sacraments of... 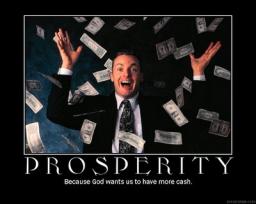 Is the prosperity gospel the true Gospel of Jesus Christ or another gospel (Gal. 1:8)? There are some very sincere people who believe it to be biblically sound. They have many " proof " texts to support their position but how can we be sure the texts in question are being interpreted correctly? Is the real meaning of the texts being ignored and a presupposition read into them, a process called eisegesis? 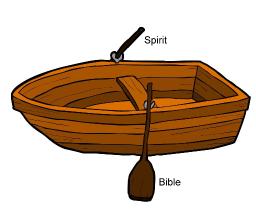 Why do people have a tendency to create a false dilemma out of so many issues? Often one side of an issue is so strongly emphasized that the other side becomes lost or is even seen as an opposing idea. Meanwhile, both sides are true and harmonize, so to reject one or the other is presenting a half-truth. This is often more deadly and dividing than a complete and total fabrication.

Let's take the role of the written Word in the life of a Christian. Some so strongly emphasize its role that they make an idol out of the Bible. They exchange a living relationship with the WORD (Christ), for " head knowledge " of the Word (scripture).

The Power of Prayer 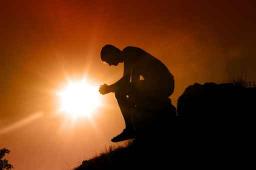 Prayer is the breath of the soul. It is essential to the Christian experience. Although much can be found about prayer in the Bible there are three passages that help to put prayer into perspective for me:

Hebrews 10:19   Having therefore, brethren, boldness to enter into the holiest by the blood of Jesus, By a new and living way, which he hath consecrated for us... Let us draw near with a true heart in full assurance of faith...

We can have confidence as we approach God in prayer. We can enter the very throne room of grace without fear or shame because of what Jesus has done. If you are like me with a sinful past and are still making mistakes, this is an important concept.

The Second Coming of Christ 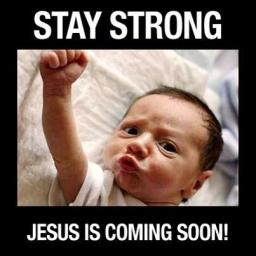